An employment tribunal has ruled that LGBTQ+ charity Stonewall did not persuade a legal firm to discriminate against a barrister who worked there based on her gender-critical beliefs.

Allison Bailey, founder of unrelated charity the LGB Alliance, had accused Stonewall of instructing, causing or inducing her employer Garden Court Chambers (GCC) to discriminate against her over her view that sex is biological and cannot change, a belief protected under the Equality Act.

Bailey won her case against GCC, which the tribunal ruled had discriminated against her because of her gender-critical beliefs.

The tribunal ordered GCC and two representatives of the legal firm to pay £22,000 in compensation for “injury to feelings”, £2,000 of which is aggravated damages, plus interest of £4,693.33.

But the tribunal dismissed Bailey’s claim against Stonewall, which said the case “did not accurately reflect our intentions and our influence on organisations”.

The legal case came about when another GCC barrister sent an email to those working at GCC to let them know the firm was becoming a Stonewall Diversity Champion, a scheme where Stonewall is paid to help make a workplace more inclusive.

Bailey opposed the move and “any formal association with Stonewall”. Another GCC employee labelled her views as “transphobic” in response.

In a statement following the ruling, Stonewall said it was pleased that the employment tribunal had dismissed the claim against the charity.

“The case heard by the employment tribunal did not accurately reflect our intentions and our influence on organisations,” it said.

“Leaders within organisations are responsible for the organisational culture and the behaviour of their employees and workers. Stonewall’s resources, support and guidance is just one set of inputs they use to help them as they consider how best to meet the needs of their own organisation.”

Bailey: ‘I have succeeded in exposing Stonewall’s conduct’

Bailey has frequently criticised Stonewall and set up an alternative organisation in 2019 called the LGB Alliance, for lesbian, gay and bisexual people. It gained charitable status last year.

Transgender support charity Mermaids has challenged the Charity Commission’s decision to register the LGB Alliance, and a charity tribunal hearing is scheduled for September.

In response to the employment tribunal ruling, Bailey posted on social media: “I have lost my case against Stonewall, but I have succeeded in exposing Stonewall’s conduct and the enormous and to my mind malign influence it wields in the workplace and in society more generally.”

The LGB Alliance also welcomed the ruling that GCC had discriminated against Bailey due to her gender-critical beliefs.

Huge congratulations to @BluskyeAllison on her landmark victory today!

"This is a vindication for all those who, like me, object to the erasure of biological sex, of women, and of same sex attraction as material realities." 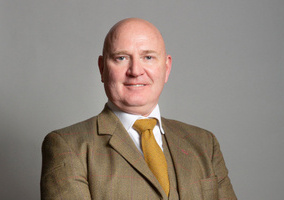 Crowdfunder to appeal charity status of LGB Alliance stands at over £50,000