Steve Ford: ‘Parkinson's UK had to think about tech differently to be successful’

The chief executive of Parkinson’s UK recently won the ‘digital leadership’ award at the Social CEO Awards, he tells Kirsty Weakley why charities must rethink the ways they work if they don’t want to get left behind. 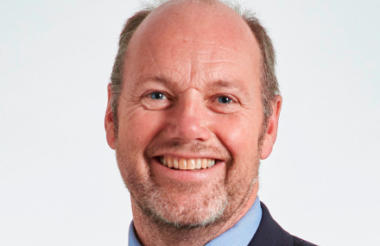 Parkinson UK’s digital journey began a couple of years ago with the realisation that it needed to change.

One of the drives was the emergence of competition from outside of the charity sector.

“New organisations are springing up,” he says. “If we don’t respond to this and start to offer new products and services then who’s to say in ten years time whether a lot of core business could be delivered by other organisations, in other parts of the world potentially.”

Parkinson’s UK might seem like an unlikely charity to be leading the way when it comes to digital. Most of its beneficiaries are older, who are less likely to demand digital services.

But by investing in digital Parkinson’s UK is preparing itself for the next generation of beneficiaries, when those being diagnosed with the illness are used to doing things digitally.

“It will be people like me who are diagnosed with Parkinson’s and the way that I and my peers would want to access information is going to be quite different,” he says. He adds that the pace of change is such that “if we were going to thrive we couldn’t be on the back foot, we had to be proactive about this”.

One of the first things that Parkinson’s UK did was appoint a director of digital, Julie Dodd.

Dodd had worked on digital projects at the BBC and within agencies and is the author of the highly acclaimed The New Reality - a report setting out the challenges, opportunities and next steps for charities.

Ford says the important thing is to have vision at the top. He says that trustees have championed the idea of digital transformation, and Dodd has offered strategic direction to the process.

“We always had good digital people,” Ford says, “but they just weren’t able to be involved in those strategic conversations, whereas Julie was able to, very quickly.”

Parkinson’s UK has set itself the goal of moving from a score of 2 to 4.5 on the Digital Maturity Index, a tool that was developed by the digital team at Breast Cancer Care and is freely available to any charity to use.

Ford says digital now has to be on everyone's agenda. Rather than being just an issue for the IT department, it's about getting all staff teams engaged. It needs people to engage and change culture, and it has led the charity to take a more agile approach to project management. Before, ideas were conceived and implemented at scale. Now there is a cycle of small-scale trials and tests.

“We’ve set ourselves this vision that we want to have a personalised relationship with the 10,000 people being diagnosed with Parkinson’s every year,” he says. "That has to be a digital solution. The charity's ambition has to bigger and our expertise has to be greater”.

It has begun using a system that includes artificial intelligence to learn more about how users respond to what emails the charity sends.

Parkinson’s UK is also hoping to launch digital products offering beneficiaries individual exercise plans. There are also plans to look at how to use sensors to help people track how the disease is progressing themselves or use technology to help people in their day-to-day lives.

This is a move away from Parkinson UK’s traditional areas of funding research to find new drugs. It has partnered with technology platform Our Mobile Health to develop a library of health apps for people with the condition.

This does not mean that the charity is “rushing into this and withdrawing all of our traditional services,” Ford says. "Sometimes face-to-face is really important”.

The charity’s new approach to digital has also had a positive impact on the charity’s relationship with donors. The charity now takes around £500,000 in online donations - a relatively small proportion of its total donation and membership income, which in its latest accounts was £17m - however it is becoming a more important stream.

A key feature of the new online donation system is that the charity can make contact with people who gave up with a donation part of the way through and help them to complete it.

More broadly he says that having a good digital presence helps to engage supporters.

“We’re recognising that our donor base is changing and so we have to be approaching fundraising in a different way to engage a newer audience,” he says.

Ford adds that “being able to demonstrate that we’re really proactive in this area and determined to use technology to help people with Parkinson’s and that we’re also as efficient and effective as we possibly can be,” is something that “really resonates with funders”.

The next steps for Parkinson’s UK will see it think more imaginatively about using data. There are already people working on this and the aim is to better understand the information that is being gathered to “better meet the needs of the community”.

Ford cautions that digital transformation is not an easy or a cheap option though and said Parkinson’s UK expects to spend around £500,000 next year.

“What has been a real learning, and perhaps what I hadn’t appreciated, were the costs of doing this,” he says. “If you are serious about digital transformation then don’t underestimate the impact of the plans that your digital director is going to be producing.”

The aim, he says, is to reach a point where spending on digital “becomes a core requirement of every service to think about how it is modernising”.

‘Don’t wait for government to step in’

Contrary to what is the often negative prevailing message about how well the sector has embraced new technology, Ford says his “sense is that there is masses happening” and “across a range of organisations”.

He says there are already some “strong networks” with charities supporting each other, but he would like to see this expand. “In many cases we’re not actually competing with each other.”

As with almost everything the biggest challenge for the sector is finding the money to invest in new digital services.

“How do you free up resource to transform the organisation while continuing to deliver the core services at a high standard?” he asks.

But rather than looking to government or elsewhere, he says the “solutions need to exist within charities” and calls for more collective action from the charity sector to shape the supporting infrastructure.

“I don’t think we can wait for anyone else to help us do that,” he says.

Finding the right people to lead this can be a difficult in a competitive marketplace, he says, especially where charities are competing with other sectors.

"There’s a challenge for all of us” he says. “To make sure we're demonstrating that we’re a vibrant enough sector, so people who are making their careers in this space want to work for charities”. 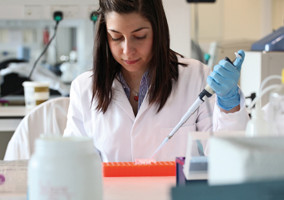 Parkinson's UK income up by £1m