Small charities often lack necessary skills such as fundraising and lobbying and struggle to pay good enough salaries to recruit the right staff, a survey released today has found. 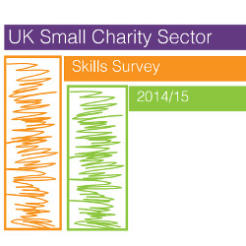 Small charities often lack necessary skills such as fundraising and lobbying and struggle to pay good enough salaries to recruit the right staff, a survey released today has found.

The UK Small Charity Sector Skills Survey, undertaken by the Foundation for Social Improvement, concluded that skills gaps still present “a major barrier for small charities across the UK”. The survey, the fourth biennial report, was conducted online and was based on a sample size of 381 charities with a turnover of £1.5m.

The survey, ahead of next week’s Small Charity Week, involved asking respondents what their biggest skills gaps were and why they existed. The number of charities who said their organisation’s fundraising needed significant improvement fell from the previous report, from 14 per cent to 9 per cent now saying “that fundraising skills required some or significant upskilling”.

It also revealed that the percentage of respondents who considered the need for “significant upskilling in long term strategic planning” had decreased from 14 per cent in 2013/14 to 11 per cent in 2014/15.

Poor performance ratings were were also given to areas including lobbying, social media and structuring communications.

Areas where small charities rated themselves as performing well included team working, basic computer literacy and leadership, as well as working in partnership with other organisations.

The report, which was co-written by Pauline Broomhead, chief executive of the FSI, and Madeleine May from the GSS Voluntary Sector Placement Scheme, said: “Small charities are a key part of civil society. They play an important role in supporting the economy, in building social cohesion and in integrating those individuals who are in danger of being marginalised from society.

"Having the relevant skills to undertake this important role is vital to their continued effectiveness and for the development of the small charity sector as a whole.”

The report revealed that fundraisers remain the most challenging roles to recruit for, with nearly a third of respondents selecting this option when asked which vacancies were hardest to fill. This is over three times as many as the next most difficult vacancy to fill, which was that of volunteer managers.

Yet, in comparison to previous years, the number of organisations identifying fundraisers as difficult vacancies to fill fell from 57 per cent to 32 per cent in the most recent results.

The report states that it is hard to know the cause of this reduction, adding that it could be for a variety of reasons, including “fundraising becoming increasingly important due to cuts in funding from other sources and therefore more focus on recruiting fundraisers or more people applying for fundraising positions”.

Other reasons for difficulties in recruiting the staff with the best skills includes applicants lack of experience, the location of the organisation and finding applicants with a passion for the sector or role.

The survey concludes that the most commonly identified reasons for skills gaps include lack of funding for training at 64 per cent, and lack of time to attend training at 56 per cent.

John Barrett, acting chief executive of the Small Charities Coalition, the umbrella body for small charities, said he recognised these skills gaps. He said in terms of fundraising, the skills gap there is not surprising as small charities want a fundraiser “who can do everything”, but that comes with a high salary.

He agreed with the report’s conclusions that the best way to address the skills gap is through extra training, adding that training conducted by the organisations in social media are always incredibly well attended.