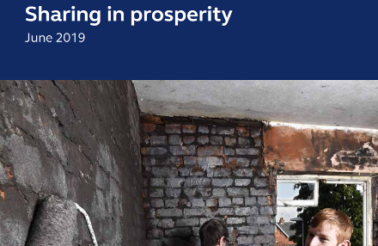 The government must engage with local charities on the best way to replace European funding after Brexit, a coalition of charities has said.

A new report by the Community Wealth Fund Alliance, which includes the Local Trust, the New Economics Foundation and Social Enterprise UK, warns about the potential damage when funding for areas of the UK is “dropped in from a national level” rather than planned through partnerships between local bodies.

The government has committed to creating a Shared Prosperity Fund (SPF), which will replace the European Structural and Investment Funds, which will no longer be available when the UK leaves the European Union.

The Community Wealth Fund Alliance has been calling for dormant assets from stocks, shares and pension funds to be used to support a new Community Wealth fund that would distribute funds to some of the most deprived parts of the country.

It had compiled the, Sharing in prosperity, as a companion report, intending to publish it as its consultation submission for the UK Shared Prosperity Fund, but the government has not yet begun the consultation.

The report says there are concerns about the design of the Stronger Towns Fund, a different fund announced in March “in particular the extent to which a competitive element to the fund may exclude those communities most in need of support,” and urges the government to make sure it gets the design of both funds right.

The report, says the new fund “will need to encourage and convene partnerships with small, local charities and voluntary organisations, development trusts, social enterprises and locally-rooted businesses committed to their community over the long term.”

It continues: “Harnessing appropriate local partnerships can bring significant benefits which can be missed when funds are dropped in from a national level.”

Other recommendations in Sharing in prosperity include multi-year funding cycles so that charities can develop longer-term strategic plans, investment in stronger social bonds as well as physical infrastructure, and giving communities greater control over their own assets.

In a blog to accompany the report, Matt Leach, chief executive of Local Trust wrote that “new funding must also be seen as an opportunity to develop lasting partnerships – not just between the community, public and private sectors, but also vertically, between the neighbourhood, local, and regional levels.”

The report comes amid growing concerns from some in the charity sector that responsibility for distributing funds from the SPF will fall to Local Enterprise Partnerships, regional bodies which bring together business people, academics and public sector professionals.

A parliamentary committee inquiry into LEPs, published last week, found that the government “has made no effort to evaluate the value for money of nearly £12bn in public funds, nor does it have any robust plans to do so.”

The committee added that LEPs were “dogged by a lack of local accountability.”

Karl Wilding, director of policy and incoming chief executive at NCVO, told Civil Society that "all the signals from government" were that LEPs would distribute funds from the SPF, although no announcement has yet been made.

Wilding added: "Whether it’s social enterprise or cooperatives charities, there's no doubt the sector has an important role to play in local economic development." 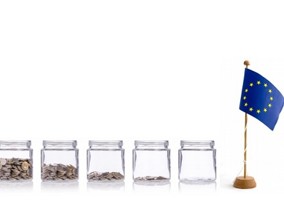 ‘Give dormant assets to community charities to create £40m per year’