Questions about trust in charities will still be there after coronavirus, event told 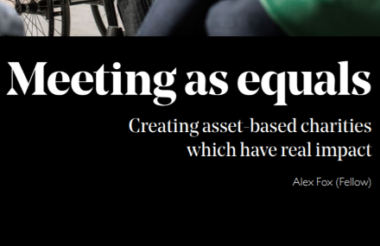 The charity sector’s problems with public trust and sustainable finances will still “be waiting for us” after the pandemic, a chief executive has warned.

Alex Fox, the boss of Shared Lives Plus, was speaking yesterday at the launch of his report Meeting As Equals, which argues that charities should adopt a more asset-based approach allowing them to “adapt, survive and thrive, not just financially but ethically as well”.

The report was produced with the RSA and NCVO.

Fox told the online audience: “No one needs reminding of the existential challenges facing our communities and the charities which seek to serve them. There are charities whose survival is in serious doubt."

He added that, even as charities are forced to focus on surviving the pandemic, organisations “have no choice” but to plan now for working in a society which will look very different after coronavirus.

Reforming to more asset-based work involves “the development of policies and activities based on the capacities, skills and assets of those people and neighbourhoods”, the report says.

Fox told the event that at its best this meant charities “reinventing themselves and their organisations in surprising ways”.

Trust issues ‘have not gone anywhere’

Fox argued that such reforms will also help the sector as a whole deal with persistent issues unrelated to the pandemic.

He said: “The charity sector went into this crisis with severe reputational, public trust and financial crises all of our own, and those issues have not gone anywhere.

“They will be waiting for us as the pandemic becomes more manageable."

Later in the event Fox warned charities: “If we continue to act in ways which people find corporate, distant, impersonal, we are not going to find that abundance.

“We like to talk about how we as charities speak truth to power, but we have to think just as much about the power we have accumulated ourselves.”

In a panel debate after Fox’s presentation, Matthew Taylor, the outgoing chief executive of the RSA, said that strong charity leaders would need to be pragmatic when considering what major reforms can achieve.

“I think one of the reasons for that it because they [people leading the reforms] often say something which is impossible.

“Well, that is just baloney.

“Life is complicated and organisations face different kinds of imperatives. The challenge is to own that, to share it, to engage colleagues, stakeholders, citizens, clients, in an intelligent conversation about those trade-offs.”

Taylor also warned charities that involving beneficiaries in organisational reform was important but brought its own risks.

He said: “If you want an approach which is user-driven, that is great. Brilliant.

“Or the fact is you say you are responding to the users [but] you are actually responding to a very small number of very active users, not the whole group.”

Writing in a foreword to the report, Sarah Vibert, the interim chief executive at NCVO, said: “Charities need to look towards the future and to move with the pace of new technology and a rapidly changing world.

“But their long-established values remain their most important asset; whatever use charities make of tech and innovation in their work, it should be in the service of reaching people who are excluded, connecting those who are isolated, and distributing power more equally.” 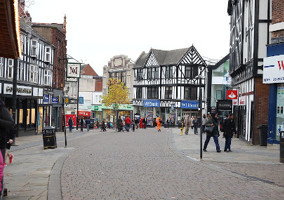 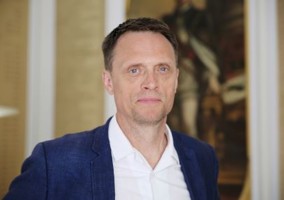