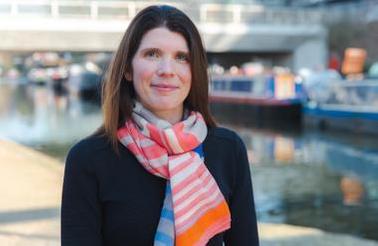 Time is an elastic concept, even more so in these uncertain and unpredictable times.

So it might be easy to forget that Sarah Vibert is a relative newcomer to the charity policy community, joining NCVO as its policy lead shortly before the first lockdown in 2020.

Her background in volunteering, running a small charity, and being a senior leader at a larger charity, is something she keeps coming back to as she makes decisions.

Vibert’s approach is centred on collaboration and building positive relationships. She also brings optimism and excitement about the sector’s ability to respond to challenges and “really drive that change”.

Taking on a tough job in challenging times

Vibert was announced as NCVO’s permanent chief executive last month. She joined the umbrella body as policy director in early 2020. A year later she became its interim chief executive following the sudden departure of Karl Wilding.

“I really considered quite carefully whether to take on the interim role,” she says.

Ultimately, she wanted to bring stability during a period of upheaval.

“I knew that the NCVO team had already been through a lot in 2020,” she adds.

When the pandemic hit, NCVO’s role in providing support and lobbying policymakers became even more important at a time when the charity faced its own challenges.

NCVO had begun the first stage of its own internal equity, diversity and inclusion work, which exposed serious bullying allegations. This coupled with financial pressures, largely caused by the pandemic, necessitated a major restructure.

“I felt I could bring some leadership that would help bring the organisation back together,” she says.

And for most of that year she had no intention of applying for the job on a permanent basis.

This had the dual advantage of giving Vibert the freedom to be “quite brave in the decisions that I took and the changes that I was leading”, without it “feeling like a year-long interview process”.

However, by the time the job was advertised she realised “things did feel quite different”, so she put herself forward for the role.

“If we look at the pandemic, the conflict [in Ukraine], inequality, climate change, I think the sector's got such an important role to play. And NCVO has got this unique role in that voluntary sector ecosystem to really enable the voluntary sector and volunteers to thrive,” she says.

“It just felt like an opportunity to build on 100 years of history [NCVO celebrated its centenary in 2019]. It's really exciting, ensuring that the organisation can continue to adapt and can respond to the challenges that come the sectors way.”

‘Not changing what we do, but changing how we do it’

Vibert’s own approach is instinctively collaborative, and her “big ambition is how we make NCVO a membership community”.

“A lot of what I'm trying to do at NCVO is not about changing what we do, but changing how we do it,” she says.

From the outside, stakeholders can expect subtle shifts in tone and incremental change, as opposed to anything radical.

Before joining NCVO she spent 15 years working in the wider sector both in large and small charities.

“So when I'm making decisions, it's often through the lens of ‘would this have worked for me when I was leaving a small charity?’ or, ‘what would I have thought of this when I was a director at Epilepsy Society?’”

Through the Civil Society Group, which launched last year following deeper collaboration across the sector during the pandemic, Vibert says there are now some clear priorities. It has set up working groups around issues such as procurement environment, regulation and fundraising.

But it is also about sharing information within the sector.

“It's a really incredible forum actually, in terms of information sharing,” she says.

Collaboration is not always the quickest way to get something done, but Vibert is convinced it is the best way to build a sense of a movement.

It can be a “a mindset shift as a leader”, Vibert says. But most people are now in a place where if “there's merit in collaborating, and where we think we can achieve a better outcome, that's become the way of working”.

Collaboration and openness are also at the heart of her vision for members.

“One [priority] is around, developing a more personalised, more accessible, more collaborative NCVO,” she said. “This is very much building on the work of the last year and really focusing on relationships between members between NCVO and members and between NCVO and partners.”

This includes things such as creating new networks to help members connect with each other and new approaches to involve members in policy work.

NCVO has been investing in technology and “this year is going to see the conclusion of a few digital projects which are going to make it much easier to access support from NCVO”.

Vibert is also looking outward to those charities who are not yet NCVO members.

“I'm really aware that there's parts of the sector that don't have strong infrastructure and I really want to, with partners, look at what role NCVO can play here,” she says.

‘Being a voice for small and large charities’

The Small Charities Coalition (SCC) announced it would close last year and since then NCVO has partnered with the Foundation for Social Improvement to take on some of SCC services, including the helpline.

Indeed, the bulk of NCVO’s membership are small charities. Two-thirds of its members have an income of less than £30,000, and Vibert says she is “looking at how we can work with partners to build a really comprehensive offer for small charities across the sector”.

As well as services for smaller charities, she wants them to have a say in policy and influencing where “the small charity voice is prominent and distinct”.

To help with this there are plans for a small charities advisory group across the sector to help.

For larger charities, NCVO has “quite a different role”, which focuses on “advocating for the sector”.

“As NCVO we can collectively say things that perhaps an individual member organisation doesn’t want to say because they're focusing on their specific cause,” she explains.

In this respect, NCVO’s relationship with the government of the day is important.

“We've got to have really strong relationships with governments,” she says. “It's a huge priority for us to really focus on that relationship, while working in a really targeted and deliberate way with the Civil Society Group as well.”

NCVO is one of the partners involved in developing a ten-year vision for volunteering. This is expected to launch next month and Vibert hopes this will be “really inspiring”.

She adds: “It's going to really push us all to think differently about volunteering. But of course, the launch is just the start the hard work, so we're going to have a role to play in the coming months in terms of how we deliver that.”

Furthermore, NCVO will be updating its Time Well Spent research this year. This will offer a “a proper picture about what's happening with volunteering now and how has it changed due to the pandemic”.

‘Work to do on the relationship with government’

A recent report by the think tank Pro Bono Economics highlighted gaps in understanding between charities, politicians and civil servants.

“I think the messaging from that [report] was really useful; acknowledging that probably both civil society and government have got work to do in building relationships,” Vibert says.

This is one of the priorities of the Civil Society Group, which aims to pool resources and speak with a united voice on some issues.

“I think we do need to seriously consider what resources we have in the voluntary sector compared to for example, the business community when it comes to that relationship building and lobbying.”

An evergreen challenge for the sector is that tension between speaking up and holding government to account, and damaging funding relationships.

“We've got to absolutely reject the notion that charities should stay silent on issues that are pertinent to their mission,” Vibert says. “And say that political interference in the work of charities is really unacceptable. I think there is an ongoing issue around the shrinking of civil society space. The policing bill, the reformed the Human Rights Act, are examples.”

However, that does not mean there are not times where charities can be speak about “things that have gone well”.

For Vibert, NCVO’s role is to balance the two sides.

“We have to accept to some extent, that there's an inherent tension here. We're going to have to continually as NCVO, and as the sector, navigate a line which means we wanting to be respected partners, but also be independent critics as well. And that is challenging.”

‘Playing our part in creating a different future’

Charities are facing challenges on financial as well as other fronts.

The cost-of-living crisis, following on from the pandemic, will lead to pressure on both income and demand for services.

“The financial year that is going to be a really challenging one,” Vibert says.

Elsewhere, charities seem to be increasingly drawn into culture war arguments. She is keen to emphasise that charities should not shy away from these debates.

“This year's Road Ahead report addressed culture wars and really encouraged charities to focus on their charitable purpose, even if it means they're taking unpopular stances. We are encouraging organisations to find ways to create consensus by taking a really principled approach.”

There are a myriad of wider global, environmental and societal challenges and, unsurprisingly perhaps, Vibert says the sector should be front and centre when it comes to finding solutions and “play our part in creating a different future”.

She adds: “If you think back to the world wars and, what followed in terms of societal change after that, it wasn't as if only one outcome was possible. But it was actually about choices and about changemakers.

“And I think that's the challenge and the opportunity for all of us in civil society to really drive that change.” 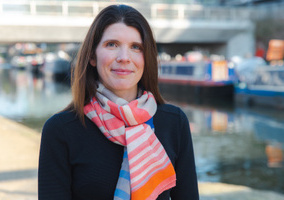 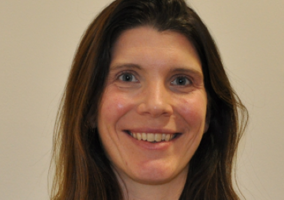