The Royal British Legion (RBL) has responded to racist comments, which attacked the charity’s latest Remembrance advert for being “woke” and “anti-white”.

In the lead-up to Remembrance Day, the RBL posted a video on Twitter featuring a mixed-race family. It encourages the viewer to take part in the two minutes silence to remember those who fought in the British Armed Forces.

Since the Tweet was posted, it has received hundreds of racist responses, with trolls accusing the RBL of being “woke” and “anti-white” due to the casting choices.

The RBL has replied openly disagreeing with many of these comments in defence of the new advert.

One Tweeter commented “shame on you, RBL, shame on you”. RBL replied asking for clarification on why they should feel ashamed of the advert.

In response to the allegation that the charity was “misrepresenting the ethnic makeup of the population”, RBL replied: “We frequently recognise the white men and women who have served in the past and today, as you will see in previous posts and videos. However, inclusion is important to us and we need to also recognise all people who have served to protect.”

We frequently recognise the white men and women who have served in the past and today, as you will see in previous posts and videos. However, inclusion is important to us and we need to also recognise all people who have served to protect.

Another user called the video “anti-white trash” and someone else accused the RBL of having “fallen to the disease of woke-ism”  and claimed they would cease supporting the charity because of it.

Many criticised the hiring of a head of diversity and inclusion manager at the institution and argued that the advert did not represent them.

Fuck sake, even Remembrance Day doesn’t have a white family ?
Can you let me know the BAME population of this country during world war 1 and 2 or how many BAME were in the British armed forces during the Falklands or the Gulf war ?
Just wondering as it now appears we don’t exist.

RBL, amongst other Tweeters, pointed out that people of all creeds and colours fought in WW1 and the following conflicts. The RBL Twitter account has responded to as many racist comments as possible.

RBL told Civil Society News: “We are committed to sharing content that represents all those who serve or have served in the Armed Forces, including all races and backgrounds. We will not accept racist or abusive comments on our social media pages, and we respond to as many of these comments as we can because it’s important to show all communities that the Royal British Legion and Remembrance is inclusive of everyone.”

Many Tweeters joined the RBL in defence of the advert, and replied to the trolls on the charity's behalf.

@jamesclossick tweeted: “Great advert! Very clear and simple. Ignore the racists, who can’t accept that a black family can be British."

@pacman_255 said: “Thanks for the advert RBL, I'll be remembering those of all creeds, colours and nationalities at 11am. I've added a useful number of accounts to the blocklist as well! Thanks for the work you do.”

Another Twitter user hit back at a troll when asked if the RBL had forgotten to represent someone in the advert, by sharing a photo of soldiers wearing turbans.

During the discussion, some people questioned why the family was sitting down to a roast dinner at 11am. 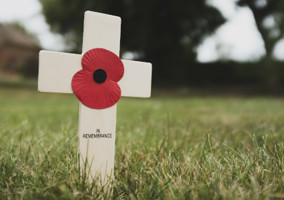 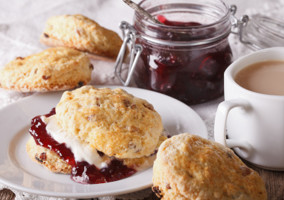 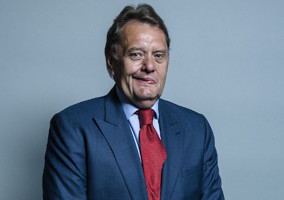