RNLI gains over 100,000 TikTok followers in first week since launch 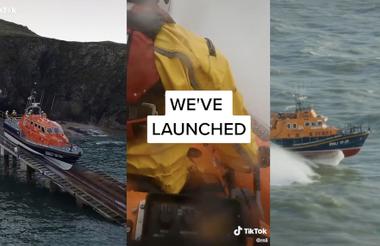 One week after the launch of its TikTok channel, the Royal National Lifeboat Institution (RNLI) has become one of the most followed UK charities on TikTok.

Since last Wednesday when the channel launched, the RNLI has garnered over 100,000 followers and over four million views on the social media platform.

Civil Society News analysis shows that Black Country Living Museum is the most followed UK charity with 1.3 million followers on TikTok, but RNLI ranks sixth on the platform after just over a week.

The most followed charities on TikTok are:

RNLI's first TikTok video has received 2.6 million views and shows volunteer lifeboat crews and beach lifeguards setting off to save lives on choppy seas. Its second most-watched video, with 1.5 million views, shows a lifeguard rescuing a young woman from the sea.

‘A chance to reach a new audience’

Athar Abidi, RNLI’s strategic social media manager, said: “Our TikTok launch was meant to be a low-profile affair to allow us the opportunity to test and learn so its immediate popularity took us all a little by surprise.

“As a discovery channel, TikTok gives us the chance to reach and resonate with a new audience, so over the coming weeks we will be posting content that reflects the diversity of our work, our volunteers and our supporters to inform our ongoing content strategy.”

None of the 12 TikTok videos the charity has posted so far ask the viewers for funds. Rather, they all display a part of the charity’s work, and some even play into already established TikTok trends. The only ask is a link in the charity's bio.

Most charities on TikTok also refrain from directly asking for donations too often. In April, Black Country Living Museum told Civil Society News it uses the platform primarily for brand awareness rather than fundraising.

‘This channel will help us save lives’

Abidi continued: “This new channel will help us save lives at sea by reaching a new generation of supporters by delivering key safety advice to an organic audience that now tops the one million mark who can help spread our message even further through their extended networks.

“Our most recent TikTok post gives advice ahead of the school summer holidays which has been viewed over 12,000 times and carries vital lifesaving information such as reminding people to visit a lifeguarded beach and calling 999 in an emergency.” 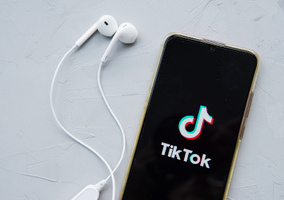 How charities are reaching new audiences through TikTok 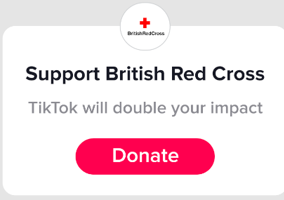 Tap into TikTok: The British Red Cross on pioneering fundraising on the platform