Researchers likely to be exempt from anti-advocacy clause, but not charities

The government has indicated that it will exempt researchers and academics from the anti-advocacy clause in grant contracts, but not charities. 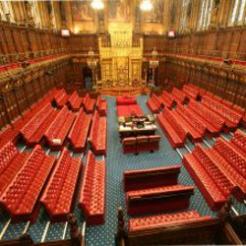 The government has indicated that it will exempt researchers and academics from the anti-advocacy clause in grant contracts, but not charities.

Campaigners welcomed the decision to exempt researchers, which was announced during oral questions in the House of Lords yesterday, but said that it should be extended to charities.

The new clause is set to be introduced on 1 May. Charities have previously written to the Prime Minister outlining concerns and NCVO and Acevo put out a joint statement reiterating their concerns ahead of the Lords' discussion.

Crossbench peer, the Earl of Clancarty, asked the government “whether they have considered the effect on scientific and medical research, the arts, campaigning organisations and other bodies of the anti-lobbying clause in government grant agreements”.

The Cabinet Office’s House of Lords spokesman, Lord Bridges of Headley, said that “it is not the department’s nor the government’s intention for research councils, the Higher Education Funding Council or the national academies to be covered by this clause. Ministers in BIS are continuing to engage with the academic research community and they will outline more detail by 1 May."

Labour peer, Baroness Hayter of Kentish Town, urged the government to consult with the sector before bringing in the clause.

“The press release that announced this said that it was as a result of research done by the IEA — so that lobbying led to this, with no consultation either with the academic world or anyone else,” she said.

“If I have understood the minister, he is now willing to exempt academic research but not research carried out by other organisations, be they charities, the Marine Management Organisation, English Heritage or any others. Will the minister consult with them before they are restricted from giving information to Parliament, government and, under the rules, to the European Union?”

Lord Bridges said that the Department for Communities and Local Government had been making grants with the clause to charities like Shelter, which has continued to lobby on the recent housing bill.

Lord Taverne, Liberal Democrat peer, also said that the introduction of the clause should be delayed to allow for further consultation because the  “real emphasis” should “be on the control of the abuse of funds, as with Kids Company”.

Charlotte Ravenscroft, head of policy at the National Council for Voluntary Organisations, said: “It will be a welcome relief for academic researchers that the government is recognising the contribution they make to policy debates. Charities also have an important role in using their frontline experience to inform policy-making and we look forward to similar recognition of that too.

“But it shouldn’t have taken an outcry from scientists to get us here. This announcement is simply proof that the government didn’t think through the consequences before rolling out this clause. It’s time now for a fundamental rethink to ensure that policy decisions can always be properly informed by experts.”