Relationship between charities and Whitehall has become ‘highly contractualised’ 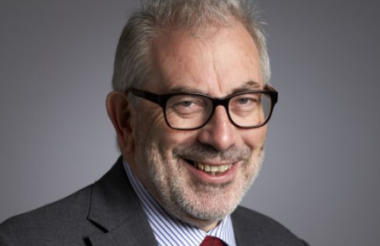 Lord Bob Kerslake has said that the relationship between Whitehall and the voluntary sector has become “highly contractualised” which risks charities being seen as having “conflicts or vested interests” in later conversations.

Lord Kerslake, the former head of the home civil service and crossbench peer, was speaking yesterday at New Philanthropy Capital’s Ignites conference in London. He said that while government spend on the sector as a whole has increased over the last decade, the majority of that money is now being offered in contracts instead of grants.

Kerslake said that this increasingly contractual relationship meant that ministers and civil servants no longer viewed charities as “strategic partners”, and puts the sector in danger of “being seen as in conflict or having vested interests” when it comes to conversations about policy and legislation.

“Really that means the government does not see much of a strategic role for the sector. To my mind a strategic relationship is as a partner that helps identify challenges, deal with them and contribute to solutions. I rarely saw that in my time in government.

“In fact you might argue that the contractualised relationship puts the voluntary sector in danger of being seen as being in conflict or having vested interests in those conversations, and indeed I saw that quite often that there was a concern.”

Kerslake said that, while this could be seen as being a problem for the sector, the uncertainty currently surrounding Brexit and ongoing cuts to public services, meant that the voluntary sector has an opportunity to “reset” its relationship with Whitehall.

He urged the charity representatives to approach this “from a position of strength”.

“There should be an open, respectful, professional relationship with government but not a love in,” said Kerslake. “Don’t seek a love in, as you’ll be unrequited lovers and at some point it will go badly wrong.

“The sector has a huge amount to offer to government and they need you, more than you need them. However you have to stand apart and have an independent voice, and in my experience in government they respect those who stand up and challenge even if they don’t like it. The worst thing you can be seen to do is cower in front of government because, eventually, they will get you.”

Kerslake also said that, given the size and scope of the voluntary sector taken as a whole, he found it strange that charities try to “court the affection of government, rather than the other way round. There are over 160,000 voluntary organisations in the UK with a total income of some £43.8bn with a total workforce of over 800,000 people.

"I can’t think of any other sector in the UK which is that big and powerful who would approach building a relationship with the government in a similar way”.

Kerslake concluded by advising the sector to focus on strengthening ties with local, rather than central government, as ongoing austerity measures and budget cuts meant that local authorities are being forced to radically alter their approaches.

He also said that, when offered “take it or leave it contracts”, by government, charities should not be afraid to “just leave it, as there’s a risk with some of these contracts that they are doomed to fail from the start. In some cases this leads to not only a failure to deliver on these contracts, but also a destroyed organisation”.

Kirsty Weakley: Resetting the relationship between charities and the Tories 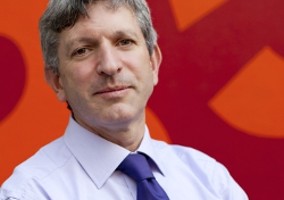