A compulsory tax on plastic bags that will be introduced next year is expected to generate a total revenue of £95m, with £25m of that figure going to the Treasury and £70m expected to go to charity. 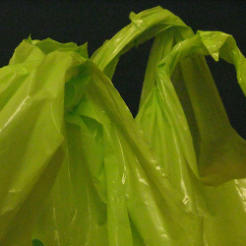 A compulsory tax on plastic bags that will be introduced next year is expected to generate a total revenue of £95m, with £25m of that figure going to the Treasury and £70m expected to go to charity.

The tax, which Nick Clegg announced last year, aims to help the environment by reducing the number of plastic bags in use, at the same time as raising money for charity.

At an Environmental Audit committee, environment minister Dan Rogerson said he believes the figure which will be raised for charitable causes to be £70m.

He said: “A total revenue of about £95m should be coming in, so £70m extra would go straight to good causes. The retail administration costs are about £6m, leaving a VAT take of about £19m.”

However, it is not compulsory for stores to give the money they charge for plastic bags to charity, meaning they could instead just hold on to the money themselves.

Rogerson said that primary legislation would not be introduced to ensure that the money goes to good causes. The scheme would be put in place using secondary legislation.

He said the government would rely on organisations being transparent to find out where the money for good causes goes.

Rogerson said that government would want to make sure a clear line could be followed to see that the money gets to charitable destinations.

He added:  “We are expecting a report back on where that money has gone, and that will be published.”

The government expects plastic bag usage to reduce by up to 80 per cent as a result of the scheme, as seen by a similar scheme currently underway in Wales.

Nick Clegg announced the tax back in September last year.

He said at the time: “We will discuss with retailers how the money raised should be spent but I call on them to follow the lead of industry in Wales and donate the proceeds to charity.”

Businesses with fewer than 250 employees will be exempt from the tax.