A report into the first social impact bond at HMP Peterborough has concluded that the pilot was a success, despite not necessarily fostering innovation. 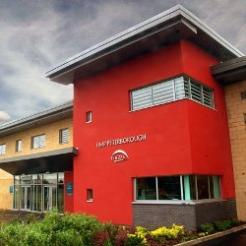 A report into the first ever social impact bond at HMP Peterborough has concluded that the pilot was a success, despite not necessarily fostering innovation.

The pilot, which took place between 2010 and 2015, aimed to reduce reoffending. The Peterborough project worked with prisoners released after short sentences to steer them away from crime.

The project was the first example of a SIB, a type of payment-by-results contract where investors provide a not-for-profit organisation with capital to carry out interventions.

The government pays out if the interventions are successful. The investors make a profit if the project works, and lose money if it does not.

The Payment by results social impact bond pilot at HMP Peterborough: final process evaluation report was published last month. It was commissioned by the Ministry of Justice and produced by independent policy research organisation Rand Europe to “evaluate the development, implementation and operation of the SIB at HMP Peterborough”.

It involved interviewing individuals who engaged with the service.

The report states that stakeholders saw a number of innovations in the pilot, but that these were not necessarily as a result of SIB funding.

It continued to say that there is “no compelling reason to believe that SIB funding on its own fosters innovation”.

It stated: “A more plausible conclusion is that innovations are fostered in projects and initiatives led by committed partners who are able to look at service delivery with ‘fresh eyes’ and with an outcome-focus, question traditional approaches, and who have freedom to make changes and test new ways of working.

“Such features might be more likely to be present within SIBs – because SIBs are often established to encourage new approaches to service delivery, and require substantial attention to outcomes due to their payment structure – but these kinds of innovations are not necessarily lacking in other funding and delivery models.”

Concerns over the SIB model

Nick Davies, public services manager at NCVO, said: “The evaluation is clear that there is no reason to believe that SIB funding necessarily fosters innovation.”

Davies also expressed concerns over the use of SIBs after November’s Autumn Statement revealed that a further £80m would be spent on them.

He said: “The key unanswered question is whether a simpler, alternative funding model would have delivered the same benefits, more cost-effectively.

“What is known is that SIBs are very complex and expensive to set up.

“We urgently need more research to ensure that the £80m allocated for SIBs in the spending review isn’t wasted.

“SIBs are an interesting idea, but currently the hype is vastly outstripping the evidence of their effectiveness.”

Andrew O’Brien, head of policy and public affairs at Charity Finance Group, said that the report reads like “a bit of a whitewash”, in not acknowledging any of the weaknesses in the SIB model.

He said: “We know, for example, that it can take a long time to get going and be very expensive, and we know that there can be difficulties in trying to reconcile the needs of long-term change when it comes to service users, with the needs of private finance – they want to make some return as soon as they can.

“We know there are these weaknesses but it is important to reference those, and not doing so undermines its credibility somewhat. But I think the real damning bit is that there is nothing specific about the SIB model that makes it more innovative than any other funding model, as far as I can tell from reading the report. And given that the government has decided to put £80m into SIBs, it should maybe have a rethink about that and see whether it is better to spread that out via a few different funding mechanisms.

“The CFG put forward, before the Autumn Statement, an example of this by trying to fund more partnership working between local authorities and charities so they can come up with really innovative services, and meet specific local needs. It is projects like that that perhaps might be worth a bit more money.”

The report also concluded that despite providing additional supports for service users, recruitment of volunteers was often challenging.

It said that “future initiatives should be realistic about the challenges associated with the use and recruitment of volunteers, and the timescales required for security vetting”.

It also revealed that because of SIB funding, “the One Service was perceived to be more flexible and agile than other interventions. For example, new providers were commissioned and new ways of working were implemented throughout the pilot”.

It also stated that funding of the service was perceived as flexible. It said: “For example, staff reported that it was quicker and easier than in other interventions to access resources to cover, for example, temporary B&B accommodation, phone credit and other consumables. This flexibility could prevent crisis situations (such as homelessness), and incentivise engagement.”

The report also states that the Peterborough pilot led to wider benefits such as improved relationships between local agencies, commissioned providers and HMP Peterborough.

The SIB, which finished early due to the introduction of the Transforming Rehabilitation programme, which also worked on a payment-by-results basis on a similar remit, was the first of its kind.

This report was the third and final report from Rand on the Peterborough SIB. The first report, produced in 2011, looked at initial learnings from the planning and early implementation of the report. The second, produced in 2014, looked at the pilot's operation over the previous four years.