New research from YouGov shows that more than 64 per cent of the public have recently heard negative stories about charities and 76 per cent believed that this negative reporting was "fair".

The figures were presented by Briony Gunstone, director of charity research at YouGov, at the Westminster Social Policy Forum in London this morning. They were based on a sample of 1,612 adults, and compared to similar samples taken every six months.

She said trust had been affected by scandals which have been reported on this year, including the Presidents Club and safeguarding issues at international development organisations such as Oxfam and Save the Children.

Gunstone also said that nearly half of those surveyed believed the problem was more than “just a few bad apples” in the sector.

Having said that, Gunstone said YouGov’s new research did show that there had been a “bounce” in overall trust in the sector in the last few months, following a “major dip” at the beginning of the year.

Gunstone said that 47 per cent of people now believe charities have a high or very high reputation, compared to 33 per cent in February this year - the lowest level recorded.

She said that, while these figures were “lower than the highs of 2013”, it did represent a “partial recovery” and may well be “the new baseline” in terms of trust for the sector.

Gunstone said that “the public was aware of issues in the sector” but that data from the Charities Aid Foundation showed that, overall, there hasn’t been any great fall in donations.

She said that, anecdotally at least, people will also often “exempt charities they support from wider sector problems.”

Charities must ‘earn the right to be heard’ says Commission chair 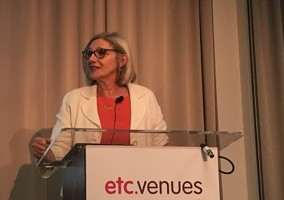 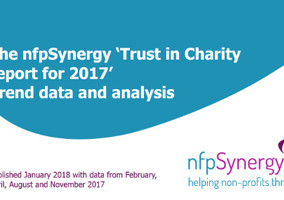