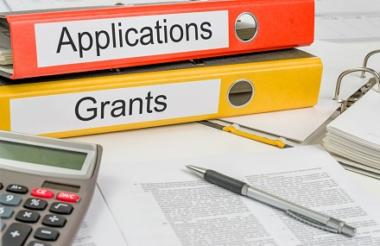 One in ten UK charities received a grant from one of the many Covid relief funds, according to an analysis by 360Giving.

Based on there being 160,000 active charities in the UK, 360Giving estimated 10% of them received a grant to help with the impact of the pandemic.

The report, UK Covid Relief and Recovery: Data Analysis report, published last week, said there was evidence that funders had reached out to organisations that they had not previously funded.

Findings are based on an analysis of grants made between March 2020 and October 2021 by 174 funders that publish data using the 360Giving standard. It covers £2.4bn in Covid grants.

Not all funders publish their data and the report emphasises that its findings should be considered “an analysis of a large proportion of the grantmaking that happened during the pandemic, but not the totality”.

Most grants, 56%, went to medium-sized charities, those with an income between £100,000 and £1m. Although those larger charities that got grants received larger amounts, meaning that 57% of the total funding awarded went to charities with incomes of more than £1m.

360Giving said there was evidence that funders had been successful in reaching those organisations most impacted by the pandemic.

Generally the report found that funders had worked with new grantees, with just 35% of recipients previously getting support from the same funder.

Some 15% of charities registered in England and Wales as working with people from a particular racial or ethnic origin received a grant.

Just over a quarter of recipients had never appeared in 360Giving’s dataset before.

Grants were additional and distributed quickly

360Giving’s research suggests that funders distributed more this than in previous years.

Using expenditure data from the Charity Commission annual return, researchers calculated that funders registered in England and Wales spent £3.34m in 2020-21, up from around £2.5m in previous years.

Funding was also distributed quickly, and 42% of the grants were made before June 2020.

Kirsty Weakley: What we know so far about how badly charities were hit by the pandemic 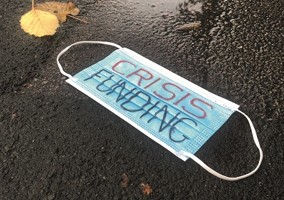