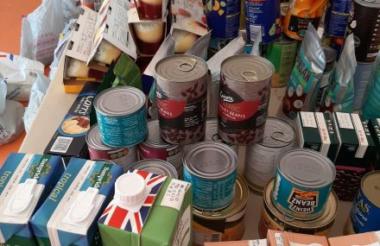 Foodbanks could be forced to close or reduce their services because of the new strain of coronavirus, the Independent Food Aid Network (IFAN) has warned.

IFAN, a charity representing more than 400 independent foodbanks across the UK, also says that volunteer numbers are falling in some places, after a year which has left staff and volunteers “exhausted”.

The network has written to the prime minister and administrations in Scotland, Wales and Northern Ireland demanding action to address the causes of food poverty during the pandemic.

In the letter, Sabine Goodwin, who coordinates IFAN, warned that the new strain of the virus may result in foodbanks closing just as demand for emergency food grows further.

She wrote: “We are very concerned that the highly contagious new strain of Covid-19 could put foodbank staff, volunteers and the people they support at increased risk of infection, and that self-isolating measures may involve the reduction in service or closure of foodbanks.

“Meanwhile, we know that heightened restrictions, continued job losses and school closures are certain to increase the need for foodbanks.”

She added that staff and volunteers in the network “have worked tirelessly, often under high-level restrictions and facing food supply shortages, to provide emergency food aid to people going hungry across the UK.

“Many are exhausted and in some places volunteer numbers are running low.”

Goodwin said that, with the coronavirus becoming more contagious, face-to-face provision of food parcels “could well contribute to the spread of Covid-19 in the UK population”.

IFAN says that demand for emergency food more than doubled in 2020. The charity says that local government and welfare should be reformed to introduce a “cash first” approach which would reduce demand for its services.

These reforms would include making cash grants directly to families who could not afford food, including migrants to the UK who are currently not allowed any access to public funds; making permanent the emergency rise in Universal Credit payments, and ensuring people are not put in debt over UC payments; removing the benefit cap; and backing a Real Living Wage.

Goodwin wrote in her letter to the prime minister: “It is not for food aid charities to fill the gaps left by holes in the social security system and inadequate wages, now in a more hazardous time than ever.”

Foodbanks have already had to deal with the risk of “compassion fatigue” and falling donations, according to research conducted during by the University of Kent during the first national lockdown.

One Colchester foodbank told Civil Society Media’s Charity Finance Week in November that demand for emergency food in its region alone had grown by a third in 2020, and had doubled since 2016.

Mike Beckett, the chief officer at the Colchester foodbank, said that his charity "is only scaling one way at the moment, and that is not likely to change.” 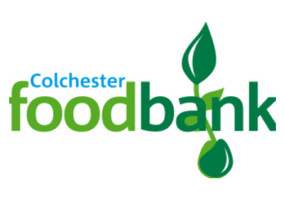