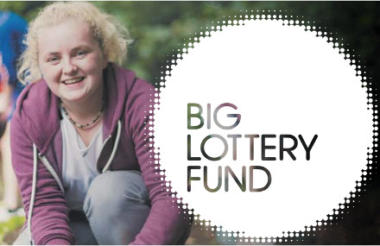 The government’s proposed new policy directions for the Big Lottery Fund seek to align the funder far too closely with government spending priorities and risk undermining its independence, NCVO has warned.

In its response to the public consultation on the draft policy directions for the BLF, NCVO pinpoints several proposed changes which it says would weaken the principle of additionality – that National Lottery funding must be distinct from government spending – and represent “an unprecedented level of alignment of BLF’s funding with government priorities”.

“The BLF’s role as a volume grantmaker characterised by flexibility is almost unique,” NCVO’s submission states.

“Several changes proposed in the new directions would unduly focus BLF on government priorities…creating the risk that the character of its funding as additional to and distinct from that of government would be undermined.”

It stated that whether that risk was realised in practice or not, the perception that the Fund is independent of government is critical to maintaining public trust and confidence in the National Lottery’s good causes element.

“If the public were to develop the perception that the good causes funding was primarily being used to replace government spending – rather than to occasionally complement it where appropriate – then considerable damage would be done to the reputation of both BLF and the National Lottery more widely.”

NCVO warned that the new directions place “considerably greater emphasis” on complementing government funding.  The new spending priorities for England the Isle of Man focus funding towards areas where the government is already funding work, “directing money away from areas and issues where it is not spending and where need may therefore be greater”.

It also criticised the prescriptive wording around collaboration, partnering and match-funding, stating that these new directions would create an obligation for the BLF to do these things whether or not doing so would produce better outcomes.

And it highlighted a number of ambiguities in the proposed new wording which, it warned, could force the BLF to do things that are at odds with its strategic objectives.

The BLF’s unique ability to respond flexibly to external circumstances must be protected, NCVO insists.

“The uncertain economic environment following the vote for the UK to leave the European Union re-emphasises the need for BLF to retain a broad measure of flexibility in its funding decisions over the coming years, during which the needs of the communities and the organisations it funds will very possibly change.

“Directing BLF to prioritise funding on specific programmes necessarily constrains its ability to be responsive, and to deliver its strategic commitment to keeping open, demand-led funding at its core.”

In keeping with this sentiment, NCVO recommended that several  issue-specific passages that relate to government priorities be removed from the document, including the government’s Life Chances Strategy, developing the skills of young people, promoting British values and helping communities become more resilient.

It also advised the government to make clear that its use of the term “civil society organisations” does not include “mission-led businesses that are primarily private profit-making organisations which do not reinvest the majority of their surpluses into their social mission".

The consultation closes this Friday.