Navca income down by 36 per cent after 'financially challenging year' 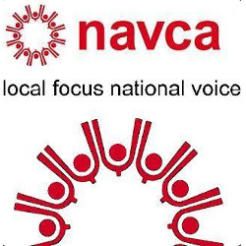 Throughout the year the local infrastructure body saw a net loss of £364,675, and a fall in income from almost £1.2m to £762,000, which it has attributed to a restructure and a change in membership fees.

Navca said that the year ending March 2015 was “another financially challenging year” which saw a decrease in grant income of £318,000. The report states that 54 per cent of this decrease was the result of the Office of Civil Society strategic funding ending, and the balance was the result of one off grants in 2013/14 and no comparable grants in 2014/15.

It also changed its membership fee structure during the year to “reduce the financial pressure” for its smallest members, while maintaining its commitment to members not to increase the fee at the top end.

Navca’s restructure during the year saw it draw up a new strategic plan to “that put the members at the heart of all work”.

As part of the restructure, the report states that “trustees recognised that in the current climate a deficit budget would have to be run for the next three years to ensure implementation of the new plan”.

With this taken into account, trustees set a reserves level of £840,000 for the year. The reserves level was split into a designation of £600,000 to underwrite the cost of the delivery of the strategic plan which would be used over the three years to 2018, £140,000 to cover three months working capital and £100,000 to “invest in opportunities that would benefit members”.

The income from membership fees fell to £66,823.
The average number of employees fell by three to 15.

However Neil Cleevely, Nacva’s chief executive, told Civil Society News last March that the rebrand will mean that redundancies at the organisation will result in the actual number of staff shrinking from 11 to seven.

Caroline Schwaller, Navca’s chair, said: “A glance at the figures that follow will reveal that the past year has not been an easy ride for anyone at NAVCA, but a strong reserve position and a clear sense of direction means that we are well placed to face the future.

“We have set some demanding but achievable financial targets and have a clear set of objectives to guide us. That is down to having a committed board of trustees capable of robust challenge and debate, but, crucially, united of purpose and a dedicated and focused staff team.”

She also said it has been a year of change and challenge, with the publication of Change for Good, the report of the Independent Commission on the Future of Local Infrastructure, being paramount amongst its achievements.