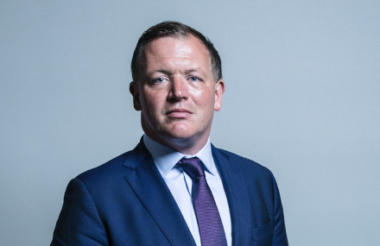 MPs have formally rejected the government’s choice of Charity Commission chair, but the culture secretary, who has final say, has indicated he plans to press ahead with her appointment.

The committee, which has oversight of the charity sector, held a pre-appointment hearing with the government’s preferred candidate, Baroness Stowell, last week.

The committee published its report today has said it is not satisfied with the process and demanded answers from the culture secretary, Matt Hancock.

The committee raised questions over experience and politicial impartiality - Stowell is a Conservative peer and will be the third successive Commission chair with political links.

But Hancock himself has stood by his previous statements.

“I’m sure Tina Stowell will be a brilliant chair of the Charity Commission," he said today. "This is a crucial time for the Commission and the sector. She was appointed after a fair, open and transparent competition. She was not only the best candidate for the job, but is the right candidate and has my full backing.

“Tina has been absolutely clear about her impartiality in this role. I know that she will work tirelessly to protect and promote the great work that charities do and ensure they uphold the highest standards of integrity.”

Ministers should be able to defend decisions

The DCMS committee has said it will work with other committees to change rules so that if a candidate is rejected by committees it would trigger a debate in the House of Commons.

The committee has called for clarification about the reason for the delay in announcing the government’s preferred candidate and asked for more details about the process by which she was appointed. It said it was unhappy with Hancock’s responses thus far.

Damian Collins, Conservative MP for Folkstone and Hythe, and chair of the committee, said that even though Stowell was “clearly a dedicated public servant”, she had “failed to persuade the committee that she would be a good candidate for this vitally important leadership role”.

He cited concerns raised by voluntary sector bodies about her experience and said that the perception of political neutrality was “particularly important” for this role.

Collins added: “Select committees interview the candidate for these appointments in advance for a good reason - to help reassure the public that these important roles are subject to a fair and open process, and that we get the best person for the job.

“We will be taking this opportunity to work with other committees who support our call for the ability to trigger a debate in the Commons to hold ministers to account and allow them to defend their decisions. If the candidates have ministers’ full support, the government should be easily able to explain that to the House.”

The committee has demanded that the government respond within two weeks, instead of the normal eight, and written to the Liaison Committee, which is made up of the chairs of each of the select committees and has responsibility for general matters relating to committees and their work.

In its report the committee demanded answers for why the process had taken so long.

A pre-appointment hearing had to be moved from December to last week because the government had not come to a decision.

The committee said that it was told on 5 December that an announcement was “imminent” after interviews were held in November. But that this was “retracted” and the hearing postponed.

“The length of time between the final stage of the recruitment process and the announcement of Baroness Stowell as the government’s preferred candidate was inexplicably long,” the report said.

It added that “unexplained oddities of the timings around the dates” indicates that “this was not a straightforward case of the first-choice candidate being identified and proposed”.

Who else was in the running?

The committee has asked for more detail about the other two appointable candidates and refers to concerns raised by Andrew Hind, former chief executive of the Charity Commission, that someone with more experience of charities but no political connection had been overlooked.

MPs also reiterated that they had previously warned the department about selecting people from too narrow a pool of candidates.

“The narrow pool of establishment figures from which some public appointments appear to be drawn does not inspire confidence that we are getting the best people for the job, or that the government is genuinely committed to presenting a public face more representative of modern British society,” the report said.

The report added that MPs were unhappy that the government had not provided additional detail.

“We sought evidence from the department that the process by which Baroness Stowell emerged as the preferred candidate for the chair of the Charity Commission was fair, open and inclusive,” it said. “The evidence has either not been provided or is unpersuasive. We do not have confidence therefore that Baroness Stowell is the best person who can be found to take on this crucial role.”

MPs also questioned Stowell’s suitability for the role and said they had “fundamental concerns” about her lack of experience of charities, her ability to be perceived as neutral and her performance under scrutiny.

They criticised her “vagueness regarding the relevance and applicability of her experience” and said there were “imprecise claims and a failure to make persuasive connections between her skills and experience and her plans for tackling the challenges she would face at the Charity Commission”.

The committee also expressed concern that Stowell had claimed the ministerial code had prevented her from taking a more active role in the charity sector until recently, and said: “We checked the ministerial code. It states that there is ‘normally no objection to a minister associating him or herself with a charity,’ albeit with a number of caveats including that they do not undertake fundraising activity and that they consult the Permanent Secretary.”

On the issue of neutrality, they said “this is an area in which public perception is likely to be sceptical of claims to impartiality, and the candidate must have the ability to dispel that perception quickly and completely” but that “although she indicated her intention to resign the Conservative whip in the House of Lords, she otherwise failed to provide a convincing response”.

MPs were also concerned by Stowell revealing that she had once sought to be a parliamentary candidate at the 2010 general election and that she had been appointed to her two trustee roles through personal connections.

They were also unconvinced that her roles at the BBC provided sufficient regulatory experience or that she had demonstrated any commitment to the charity sector.

“We sought to elicit Baroness Stowell’s vision for the future direction of the Charity Commission, what her early priorities would be and how she would make things happen. She failed in the answers that she gave to persuade us that she had any vision, or any action plan,” the report said.

MPs also criticised Hancock and DCMS for not appearing to take their concerns seriously.

The committee last week wrote two letters to Hancock - one expressing concerns and another asking for more detail. It said his "quick response" to the first letter had shown "scant regard" for the committee's concerns.

Hancock has now also responded to the second letter, and the committee has now published this letter as well, as an appendix to today's report.

He said it would “completely inappropriate for me to give further personal details” of other candidates but that “As the appointing minister, I have the final decision of who is appointed to the role.”

Hancock also directed the committee to public statements from Julia Unwin, who was a independent member of the appointments panel, describing Stowell as “the outstanding candidate”.

He added that: “Past political activity should be no bar to a public appointment. However, I do understand that her previous position as a Conservative peer and cabinet minister has prompted questions about her ability to undertake the role independently and impartially. She has publicly committed to do so, acting only in the public interest. I have every confidence that she will. Of course she will be accountable to the committee for this once she takes up the chair post and I expect she would welcome the parliamentary scrutiny and accountability.

“Baroness Stowell was the best and right candidate for the role and I am sure will be an excellent chair of the Charity Commission.” 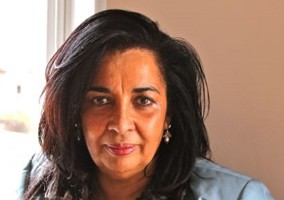 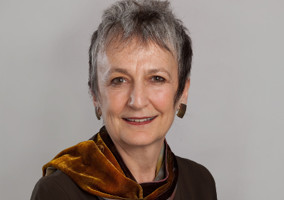