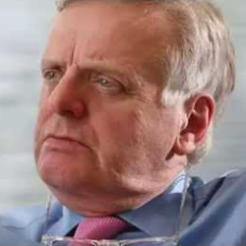 Lord Grade, chair of the Fundraising Regulator, has today announced the eight people who will make up its board.

Lord Grade (pictured) confirmed the appointment of eight individuals to the board at Fundraising Live, Civil Society Media's annual conference for the fundraising sector.

He also promised to listen carefully to concerns about the Fundraising Preference Service - intended to allow donors to opt out of all charity communication - and suggested that it would take into account "the legitimate right of charities to raise funds from the public".

He also said that 50 charities had been asked to provide start-up funding for the new regulator, in advance of a levy which will provide its long-term funding. He said that 28 had done so, and all were expected to contribute.

In his speech, Lord Grade said he was “delighted” at the appointments made so far but said that he was still looking to appoint two additional members.

“I am delighted that today we have been able to announce the members of our Board,” Lord Grade said. “You will notice that we have not yet struck the right balance between regulatory experience, fundraising expertise and wider knowledge of the charitable sector. We are in the process of recruiting two additional members with fundraising expertise”.

Theresa Shearer, chair of the Fundraising Working Group in Scotland will also attend board meetings “until such time as charities who raise funds in Scotland consider the options presented” to the group.

According to a statement from the regulator, the role will require board members “for at least one day per month and will be remunerated at £300 per day”. The appointments are for a fixed, two year term, with the “possibility of a further term subject to open competition”.

Grade said the next steps would see the creation of a standards committee and an adjudication and complaints committee.  An advisory group to represent the views of consumers will also be recruited.

Structure of the regulator

Grade also said that 28 of the 50 fundraising charities asked to provide start-up funding for the new Regulator, prior to the annual levy kicking in, have provided in-principle agreement for the funds. Grade said he expected all 50 to do so.

The regulator will be independent, own the Fundraising Code of Practice, and be funded by the levy on the larger fundraising charities, he said. It will work closely with the Charity Commission, the Information Commissioner, the Institute of Fundraising and the Public Fundraising Association.

The regulator will be fully operational by early summer and would have a full complement of 15 to 20 staff.

"We live in difficult and interesting times, our sector is being subjected to something of a media frenzy and I suspect there may well be more to come because as the narrative takes hold it is hard to shake off,” He said.

"Some will say that this is unfair and disproportionate when set against the wonderful work that charities do, that the media storm will blow over and that bad practice is confined to large and medium-sized charities anyway. I say that is a risky prescription for effective public relations. Charities cannot afford to sit on their hands."

Grade said the Etherington Review proposed three lines of defence against unacceptable fundraising practices: trustees, the Fundraising Regulator and the Charity Commission, "in that order".

"It is time for trustees and senior managers to stand up and be counted and make an unequivocal commitment to best practice in fundraising and the new regulatory regime," he said.

"If they do so then many of the problems can be resolved without external intervention. That is my key message of today."

"We will be values-driven and support charities to do the right thing and make the necessary cultural changes. But in cases where best practice is not evident we will not hesitate to investigate and make recommendations and amend the Code as we go along in light of cases we see.

"Where a charity declines to accept our recommendations we will take steps to enforce compliance. Our sanctions will include naming and shaming, orders to cease and desist, and a requirement to improve future fundraising campaigns.

"The Charity Commission will provide the backstop to the Fundraising Regulator and if all else fails we will refer to them contentious cases....with all the implications that entails."

"But if we are to play our part in rebuilding public trust in the sector, our first accountability must be to the public, to donors like Olive Cooke and Samuel Rae."

Grade added that he recognised there was much concern, speculation and fear about the proposed Fundraising Preference Service, but he gave an assurance that those concerns would be listened to by the working party currently devising the FPS.

"I don't want to pre-empt the working group's deliberations but in examining how a simple opt-out might operate, we are conscious of the need to achieve a balance between on the one hand the legitimate right of charities to raise funds from the public and communicate with committed supporters and on the other hand the need to protect donors from undue pressure."

And the regulator will take careful account of the proposals on explicit and unambiguous consent on communications and data transfer that will be included in the General European Regulation on Data Protection. He said he welcomed the IoF's changes to the Code banning the selling of data and requiring explicit consent for data sharing.

He told the audience that the conversations that the regulator will have with the sector over the coming weeks and months would be conducted through their representative bodies, as there is not enough time or resources to meet individual charities.

He is aware that the introduction of a stricter regulatory regime could create "unintended consequences" and "we do need to listen".

"The last thing we want to do is interfere with genuine ethical fundraising activities... It is imperative we get this right for the future health of the charitable sector."

But he concluded that the impact of the new regulation will be driven by the fundraising practices of the sector.

"If the sector takes this seriously, our interventions will be few and far between.  So my plea today, to the whole sector, is for you to give us a really quiet life."

In response to a question from the floor about who would decide how to proceed with the FPS working group's recommendations, Grade said that although Parliament would unquestionably take an interest, decisions would be made by the Regulator's board.

"We will be very transparent about the decisions we make, which recommendations are accepted or rejected and why," he said.