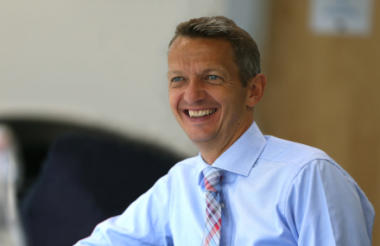 The levelling up agenda needs to empower local leaders from public, private and civil society, one of the architects of the government’s policy said last week.

Andy Haldane was speaking at the RSA last week about the opportunities and challenges for the levelling up agenda.

Haldane has just completed a secondment to the Department for Levelling Up, Housing and Communities where he was involved in the white paper setting out the levelling up vision. He has now returned to his post as chief executive of the RSA.

He said charities and community groups are integral to the policy’s success, working alongside local authority leaders and local businesses.

Later he emphasised the importance of entrepreneurial sprit for all types of organisation.

Haldane also told the audience that he was optimistic that the levelling up agenda would be embraced by a broad range of politicians and not get side-lined by more immediate crises.

‘Central government won’t do most of the heavy lifting’

Haldane outlined a “fundamental” shift in both government and governance.

Whitehall needs to change so that “spatial considerations are front and centre when decisions are taken by each and every department – that hasn’t been the case in the past,” he said.

In terms of a “new model of governance”, he said this means a “reorientation of decision-making away from the centre and towards local leaders”.

Charities and community groups are central to delivering this, to help with the “heavy lifting”.

“I don’t just mean local government. I mean, as importantly, the private sector, that is to say local business; I mean civil society, by which I mean local community groups and charities,” Haldane explained.

In response to a question about the impact of the cost-of-living crisis on levelling up, Haldane said it would have an “amplifying” effect, “far from diminishing focus on all matters levelling up”.

He added that success should not be measured by the recent spring statement.

“These are medium to long-term missions,” he said. “Success in meeting those missions will not, and should not, be defined by the current spending envelope.”

Haldane emphasised the importance of entrepreneurial spirit across all sectors.

“Mobilising private sector monies is every bit as important [as the availability of public money], if not more important, when it comes to success,” he said.

Driving local economic growth is part of the levelling up agenda, and this will “require a degree of risk taking and entrepreneurialism”.

However, this applies “every bit as much within the public sector and civil society, in its many and various shapes and forms”.

He gave the way the government, private sector, and voluntary sector collaborated to develop and roll out the Covid-19 vaccine as an example of how sectors support each other.

'Growing the size of the pie'

Haldane said he disagreed with the idea that there is a limited amount of prosperity to go around, and argued that levelling up one area need not hurt others.

“Levelling up is not about how the pie is sliced, but rather about growing the totality of that pie,” he said.

Confident of levelling up success

Haldane said that government has already started to implement necessary changes, such as a regular meeting.

“Machinery matters, and some of that machinery is now in place,” he said.

Later he said he was optimistic about this agenda succeeding where others have failed.

“I am confident this agenda is going to be taken forward,” he said.

This is because there is a sound economic and social justice elements with wide appeal.

“My hope is that we see many politicians competing for virtue when it comes to this agenda,” he concluded. 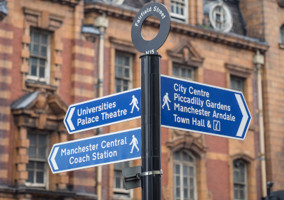 Kirsty Weakley: Are charities among the winners or losers from the levelling up white paper? 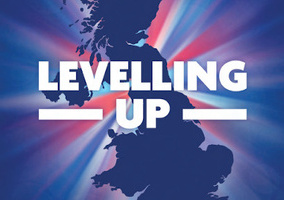