A Citizens Advice in Stratford-upon-Avon has dropped its local MP Nadhim Zahawi from chairing a meeting about unfair energy bills, after it emerged he claimed over £5,000 in expenses to pay for his heating and electricity. 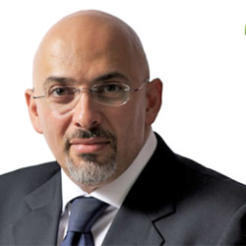 A Citizens Advice in Stratford-upon-Avon has dropped its local MP Nadhim Zahawi from chairing a meeting about unfair energy bills, after it emerged he claimed over £5,000 in expenses to pay for his heating and electricity.

Conservative MP Zahawi was this month exposed by The Sunday Mirror for claiming £5,822 on expenses for energy bills, including electricity to run his horse riding school stables and a yard manager’s mobile home.

Zahawi has since apologised, saying: "Since coverage of my energy bills I have been looking into them further and can confirm that all claims for heating fuel relate purely to my second home. However I have made a mistake with my electricity claims.

"On investigation I have discovered that the electricity supply for a mobile home located in the stable yard and for the stables themselves was linked to my house.

"Whilst a meter was installed in the stable yard I have only been receiving one bill, it was wrong to assume I was receiving two and to have not checked this sooner. I am mortified by this mistake and apologise unreservedly for it."

But a Citizens Advice branch in Stratford-upon-Avon has axed him from chairing a meeting on unfair energy bills over the furore.

According to The Sunday Mirror, Zahawi was to promote a report by his local Citizens Advice office on the ethics of giving prepay meters to the vulnerable.

Manager Sue Green said: “Stratford CAB has been working on a report into the unfair effects of prepayment meters on vulnerable households.

“To raise awareness of this report, we started planning a meeting in Parliament with MPs.

“Nadhim Zahawi MP was approached to chair this meeting.

“However, because of the national media reports about his expense claims that emerged in early November, we decided that there was a potential risk that focus could be diverted from the report.

“We recognise that Nadhim has been very supportive of Stratford CAB and we look forward to working with him in the future.”