Lived experience should be equal to professional experience, trustee says 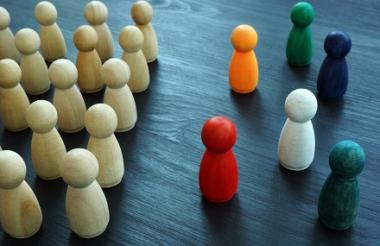 During recruitment lived experience should be viewed as equal to learned expertise, charity trustee Ambreen Shah has said.

Shah is non-executive director at The Smallwood Trust, a charity that works to help women to become financially resilient.

She was speaking at Trustee Exchange, an event organised by Civil Society Media, on a panel called “Lived experience on non-profit boards”. She was joined by charity professionals Stephanie Papapavlou, Peter Olawaye and Kate Hitchcock.

It is not often that people are recruited for their lived experience, Shah suggested – but for their professional experience.

Shah said it was important charities create a pre-recruitment phase that ensures the board is prepared to support someone with lived experience. She said entering a board can be quite an intimidating space.

She said: “There’s tons of papers to read and language that’s impenetrable and it can be a very intimidating space. So for someone with lived experience who hasn’t experienced the board, how does it feel?”

Peter Olawaye, who is vice chair of Leap Confronting Conflict, was given a buddy as part of a shadowing scheme when he became a trustee. He felt this had been “really crucial” to his experience and allowed him to ask any questions he had.

Olawaye joined the charity in 2013 as a young trustee with lived experience.

“When I was recruited, we had 11 people I believe and there was a distinct focus on ensuring a quarter of the board were young people,” he said.

This meant that it was “much less of a tokenistic move” because the young people were most certainly able to have a say on the board, he felt.

“Lived experience and professional expertise were viewed as just as valuable,” at the charity, Olawaye said.

Stephanie Papapavlou, director of impact and innovation at Leap Confronting Conflict, spoke of the importance of creating a pipeline for service users to become potential members of staff in the future.

“The last time we went out to recruit trustees we didn’t get any trustees who had used our programme,” she said.

The charity identified this was because they had not created a pipeline for those people to enter the organisation. Now, it uses its youth ambassador group to spread awareness and pays these ambassadors for their time.

She mentioned that language can be another barrier for people with lived experience entering the board.

“Practically, we’ve been thinking about how we support people to engage with the content and language we use, as a lot of people that the charity helps are neuro-diverse or have learning support needs.

“If they can’t read the board papers or understand that on their own, that’s a real issue,” she said.

'Diversity of perspective is key'

Kate Hitchcock is a trustee of the National Association for People Abused in Childhood (NAPAC) and entered the board with lived experience.

In her experience, she felt a lot of self-doubt about having difference perspectives from other trustees on the board that might not have lived experience.

However, over time she has realised that differing perspectives can be a good thing on the board.

“Diversity of perspective is really really key. I think it can be quite hard and emotional and I get triggered,” she said.

Therefore, it is important that buddy schemes are put in place and people entering the board with lived experience are supported. 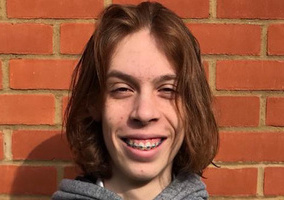 William Blewitt: The opportunity to serve - that is all we ask