Gift aid payments rose by 12 per cent after three years of little change, according to figures published today by HM Revenue & Customs. 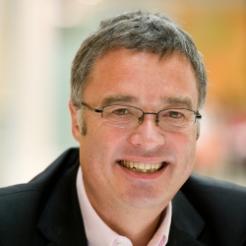 Gift aid payments to charities rose by 12 per cent after three years of little change, according to figures published today by HM Revenue & Customs.

But money raised under the Gift Aid Small Donations scheme was revised downwards, compared to estimates published in December.

HMRC today published figures for the annual charity tax reliefs which shows that gift aid and other repayments for individuals rose from £1.07bn to £1.2bn.

Figures for gift aid were slightly higher than expected when HMRC published provisional figures in December, which predicted the value of gift aid would be £1.19bn. Gift aid has not been valued at more than £1.1bn since the year ending March 2011.

Gift aid figures can be used as an indicator of overall giving, although charities do have four years to claim the relief. In recent years gift aid has been affected by the removal of transitional relief, which compensated charities for a reduction in the basic rate of income tax and was worth an extra 10 per cent on the value of gift aid.

Gift aid has also been affected by the introduction of a new online claiming system, which is believed to have reduced total claims last year and is likely to have led to a compensatory increase this year.

Gift aid has also been reduced in value after the end of a transitional relief, which was intended to compensate for a drop in the base rate of income tax.

However the amount the Revenue expects to raise from the Gift Aid Small Donations Scheme has been revised down. In December it said it expected to raise £23m from the scheme but has revised this down to £21m.

This is still a significant increase on the previous year, the first since the scheme was introduced, when it was valued at £6m. Although less than the £135m the government expected this to raise for charity by 2015.

John Hemming, chair of the Charity Tax Group, said: “These tax reliefs are invaluable to the sector, particularly at a time when their finances are under such great pressure. We will continue to work with the incoming government to increase eligible gift aid uptake.

“We will also be making strong representations to the consultation on the future of business rates; the relief is vitally important to charities and must be maintained.

“Take-up of the Gift Aid Small Donations Scheme is still disappointing although the proposed extension of the scheme is welcome. The scheme is due to be reviewed next year and we will be urging the new government to review some of the eligibility requirements which have prevented it from reaching its full potential and benefitting many smaller charities.”