Ken Loach Save the Children film to premiere after 42 years

Forty two years ago Ken Loach was commissioned by Save the Children to make a film portraying its work. When the charity viewed the finished product it was banned. But Save the Children chief Justin Forsyth has now agreed for it to be shown, and its lessons to be shared. Niki May Young reports. 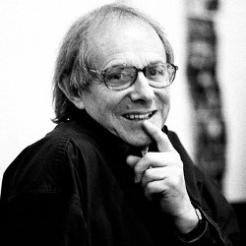 Forty two years ago Ken Loach was commissioned by Save the Children to make a film portraying its work. When the charity viewed the finished product it was banned. But Save the Children chief Justin Forsyth has now agreed for it to be shown, and its lessons to be shared. Niki May Young reports.

“When I feed the hungry, they call me a saint. When I ask why people are hungry, they call me a Communist.” Ken Loach has his opinions on charity and society. In this instance, he’s borrowed the opinion of Brazilian archbishop Dom Helder Camara, to illustrate that his job 42 years ago, when he was commissioned by Save the Children to produce a film portraying its work, was to get to the heart of the issues present. In doing so, the film was banned and has only ever been seen by a handful of people, until now.

Funded by a £200,000 donation from the Esmee Fairbairn Foundation, the British Film Institute is showcasing a retrospective of the acclaimed British director’s works, launching on 1 September with the premiere of his untitled film for Save the Children. I was privileged enough to attend a sneak preview, and a discussion between the director and Save the Children chief executive Justin Forsyth, who made the autonomous decision to let the film be shown.

“We shouldn’t be in the film censorship business,” Forsyth said. “And Save the Children has changed a lot since the 1960’s”. It was obvious, upon watching the film, why he had to make that distinction.

Loach’s parallel portrayal of children from Manchester and Nairobi who were removed from their respective slums in the name of charity, and then implanted into alien worlds, homes provided by Save the Children in both countries, brings an understanding of a socially divisive system, rather than one of advancement.

An African narrator explains on behalf of the African children, that removing them from their cultural norms, extracting the African culture, as was done in the Nairobi home where children were not allowed to speak their native tongue, and were taught western practices and western education, would in fact lead to exclusion when the child returns to African life. Another African narrator speaks of how, just as the white woman would not change her hair to look like the African woman, because she was born perfect, nor should the African woman change her hair to look like the white woman, as she too was born perfect.

Loach’s film explores not just the work of Save the Children, but the wider social context of colonial Kenya, and the class system in the UK. 1960’s Kenya is portrayed in the film as a place where white colonials thrived in riches and luxury, implanting western ways of life that remained largely separate from the majority black slum-dwellers. It pointed to a time of naivity, with one woman gushing over the splendor of her way of life in Kenya, even managing to “shoot her very own Zebra”. Another British expat female advised that the African people were “really quite content in their poverty”, this carefully juxtaposed against a backdrop of child beggars by Loach.

Switch to Manchester, and British narrators talk of the relative poverty in the UK, talking of the effects of immigration on the country, one blaming migrant workers for the lack of jobs, another opposing this view. A female Save the Children worker talks of the children who have come from the tightly knit streets of the city to the countryside to learn and be fed properly. She says they don't know any better, and that when they return to their homes they will return to their previous practices. “Give them a bath,” she said, “and they will probably fill it with potatoes”.

The chortles from the audience served as enough of an acknowledgement that things have moved on since those days, but Forsyth was keen to point to the differences in practices by the charity nowadays – Save the Children holds child panels in each of its areas to allow children’s voices to be heard in respect of the aid that they receive. “They weren’t listened to then,” he said, “but it’s very different now.”

And in the wider context of charity too, he said he believed that there has been a great shift away from “tied-aid”, where governments and industries loan developing countries money with the proviso that the money is spent on goods from the donor country, removing potential investment growth from the country receiving aid. There is now more of a focus towards on-the-ground projects in health and education, he said.

In the film, narrators tell of the birth of a class system brought on by foreign investment in Africa. Loach went further in his discussion with Forsyth, criticizing the current practices of foreign investors in developing countries, where they hold headquarters in African capital cities. “I suspect (people in Africa) are not paid a fair rate still,” he said, “We’re paying them starvation wages and until we stop this, until we start paying fair wages, the poverty will continue.”

Inevitably, perhaps, the conversation turns to the recent riots in the UK. Loach sees some relevance to this turn of events in the UK and the divisions portrayed in the film. “There is a large alienated population of young people. The unions have faded so there is no sense of solidarity or common struggle. All around young people are being urged that their status appears on their feet and the clothes they wear, so it’s inevitable that they would take the things they want that give them that status," he said.

In addition he raised his fears for the Big Society, and the effect it could have on the charity sector. “The state is using charities to do the work that the state should be doing,” he said. “This in turn makes the charities dependent, then they (the government) have got them.” Charities are then less able to criticize the government, he said.

Loach is himself involved with several small charities. Asked whether he would consider such an analysis, as that of Save the Children, on one of the charities he was close to, he advised that there is a distinction between large and small charities: “Big charities have to be about raising consciousness, not palliative action. And when raising consciousness, you have to ask questions,” he said. The Save the Children film to his mind, he said, was on brief, answering the question: “How was charity affecting the context of the place they were working in?”

Ken Loach is a renowned British film and television director and a socialist. He is directly responsible for the foundation of homelessness charity Crisis, set up in response to his film Cathy Come Home, which brought the issues surrounding homelessness to public attention.

Before producing his Save the Children film, Loach worked at the BBC, where he said his commissioner, Sydney Newman would "sometimes watch, and sometimes not" watch his films. This freedom, he admitted, meant that he was “perhaps a bit naïve”, upon leaving the BBC.

Loach is best known for his film Kes, released in 1969, the same year his Save the Children film was banned. Kes deals with a young Barnsley boy's relationship with a kestrel and is regularly cited as one of the best British films of all time.

In 1977 he turned down an OBE for his services to film stating at the time: "It's not a club you want to join when you look at the villains who've got it. It's all the things I think are despicable: patronage, deferring to the monarchy and the name of the British Empire, which is a monument of exploitation and conquest."

Loach is a patron of the British Federation of Film Societies, Community Arts Therapies and Mentoring plus and is part of the festival mentor group for the Bath Film Festival.