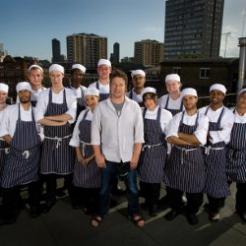 Fifteen London is the trading arm of the Jamie Oliver Foundation. Its profits go towards an apprentice programme for young unemployed people.

Angela Morris from Fifteen London, said: "We're really proud to have been awarded the Social Enterprise Mark. It recognises our commitment to what Jamie set out to do back in 2002 - to establish a successful restaurant, led by a team of 25 professional chefs, alongside a pioneering apprentice programme for young unemployed people."

More than 370 organisations, including Age UK's commercial arm and the Big Issue, have been awarded the Social Enterprise Mark since its launch in February last year.