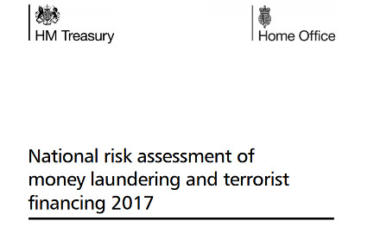 International charities face the risk of financing terrorism, but the risk to the wider sector is now classified as low.

The National risk assessment of money laundering and terrorist financing 2017, which was published yesterday, includes a chapter on non-profit organisations (NPOs) which shows that risks in the charity sector are low. The NRA 2017 report has downgraded the risk from the classification of medium-high.

However it does state that the terrorist financing risk to UK charities is concentrated in the sub-sector which comprises the 13,000 to 16,000 charities which operate internationally, and particularly those that work in areas such as Syria and Iraq.

The report said that the “ongoing crisis in this region and the threat from Daesh and other terrorist groups mean that these charities are likely to be exposed to the greatest risk”.

It said that where charities have been linked to financing terrorist activity, a significant proportion are “likely to have been victims of internal abuse by employees, volunteers or trustees, with others being victims of looting in country, or identified as linked to aid convoys”.

It said that “it is likely that where abuse has occurred, the charities involved would have been set up for legitimate purposes, but that individuals within the charities or individuals pretending to be associated with the charities have diverted funds for a terrorist cause”.

The report states that in recent years, in some jurisdictions, many charities have experienced transaction delays or denials or account closures by their banks due to concerns around terrorist financing risk.

It said that if this trend of de-risking persist, it may “have the effect of pushing charities out of more intensely regulated areas of activity and into higher risk ways of working”, such as transacting through physical cash, and therefore it could increase the risks in the sector.

Despite these concerns, the report said that the risks associated with money laundering and of terrorist financing in non-profit organisations are classified as low.

It also said that the “in comparison to the overall size of the UK charity sector, the amount of known abuse for terrorist financing is very low”, and that it is “unlikely that charities have been set up for the purpose of funding terrorism”.

The Charity Commission said it worked with the Home Office and HM Treasury on the NRA 2017 and contributed to the reports understanding of the charity sector in England and Wales and the risks relating to terrorist financing and money laundering that it faces.

The regulator encouraged trustees to read the NRA 2017 report and consider the risks, particularly if their charity works internationally in a country identified in the report as being of greater risk.

Michelle Russell, director of investigations, monitoring and enforcement at the Charity Commission, said: “The risks to the sector of such abuse are not shared equally. It is essential that those charities that are at greater risk take steps to protect themselves so that charitable funds are not abused.

“Any trace of terrorist financing within the sector corrodes public confidence in charities and cannot be tolerated. One case is one too many, which is why we continue to work proactively with the subsection of the sector that remains at high risk. In response to today’s publication we are reminding those charities to review our Compliance Toolkit and ensure that they have strong financial, due diligence and monitoring controls in place to prevent exploitation by terrorist groups." 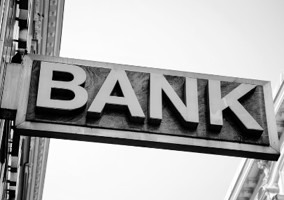 Andrew O'Brien: Why 300 charities had their bank accounts closed

Charities must be more proactive with banks and improve relationships to avoid de-risking, says CFG 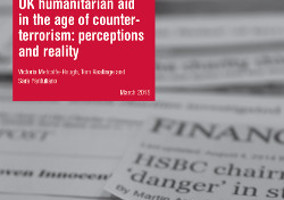