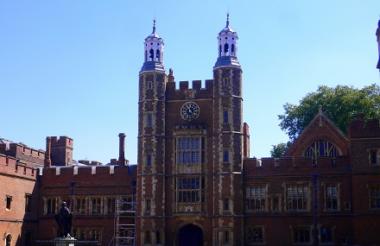 Independent schools should not lose their charitable status if they do not meet the Charity Commission’s expectations on public benefit, the courts have decided.

In the long-awaited judgment published today into the Independent Schools Council’s judicial review of the Charity Commission’s public benefit guidance, the Upper Tribunal has ruled that some parts of the guidance were "obscure", "ambiguous" or "wrong".

The decision effectively confirms that the power to decide how charities should meet the public benefit test must reside with trustees and not with the Commission.

However, it also reminds schools that they must demonstrate a wider public benefit by permitting access to their services beyond the narrow range of people who can afford their fees.

The ruling states: "A charitable organisation which in practice excludes poor people remains a charity; what it has to do is make some provision for the poor to pass the de minimis hurdle: it must provide more than a token benefit."

The Tribunal says that its decision is confined to the context of educational charities, and that this decision is mainly relevant to them, but adds that it may have wider implications for other charities.

Sam Macdonald, the partner at Farrer & Co who acted for the ISC in the case, declared the judgment “a victory for the ISC and good news for charities generally”.

The Charity Commission described the decision as “an important clarification of what charitable independent schools must do for the poor”.

The Commission also pointed to the judges’ acceptance that there is no clear line which identifies what it is that trustees must do to meet the public benefit test, and their acknowledgement that it is impossible to provide the kind of clarity that some schools wanted.

“It will be a difficult message for some schools to hear that there can be no specific threshold or benchmark which is deemed sufficient to demonstrate public benefit and that they must decide for themselves how they provide the minimum benefit and how they intend to go beyond that to ensure it is more than tokenistic,” it said.

Maintaining trust in the charity brand

The NCVO, which was an intervener in the case, said: “By confirming that educational charities have to demonstrate a wider public benefit, the Tribunal has played an important role in maintaining public trust and confidence in the charity brand. We hope the new guidance will bring further clarification to the issue of fee-charging charities and public benefit.”

Sir Stephen Bubb, chief executive of Acevo, added: "We now need all charitable private schools to do as much as they can for the communities they operate in, rather than thinking about the minimum required for a tax break. And we need the Charity Commission to have no fear in challenging schools who are not doing enough."

Because the ISC won its judicial review, it is now due some relief from the Charity Commission.  The Tribunal instructed the two parties to work together to agree what relief should be due.

The case was presided over by the Honourable Mr Justice Warren, Judge Alison McKenna and Judge Elizabeth Ovey.