Impetus Trust has invested £1.7m in an initiative to reduce the national reoffending rate. 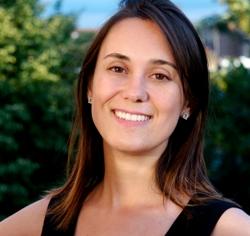 Impetus Trust has invested £1.7m in an initiative to reduce the national reoffending rate.

The Kainos Community, Prisoners Education Trust, Prison Radio Association and the Shannon Trust will each initially be allocated £50,000 of unrestricted funding from Impetus.

The four organisations are concerned with rehabilitation and Impetus' new initiative will aim to facilitate them in tackling education, skills and employment barriers.

An Impetus spokesperson said the remaining £1.5m allocated would be used for phase two of the initiative.

How will it work?

Each organisation will work through the initial development plan under the guidance of Impetus investment executives and executives from the project’s partner organisations the Indigo Trust, the Esmee Fairbairn Foundation, the Henry Smith charity and the J Paul Getty Jnr Charitable Trust, who will provide pro bono management advice and sector expertise.

Impetus chief executive Daniela Barone Soares (pictured) said: “The cost to society of reoffending, not only financially, but also in terms of the devastating consequences for individuals, their families and communities, is far too great to be ignored.

“Impetus is piloting this collaborative approach to reduce reoffending and helping to make society safer for every citizen.”

The project has already been successfully piloted with recipients of the new Social Impact Bond the St Giles Trust. The Trust received £740,000 investment from Impetus and was under the mentorship of the scheme for four years, during which time it saw its income triple and increased the number of people it has helped 20-fold.

Blue Sky Development and Regeneration, which provides paid employment to ex-offenders, has also benefited from the scheme, doubling its annual turnover as well as the amount of people it helps during its first year of the investment scheme.