The ICO has updated to its direct marketing guidance to give it a stronger focus on the charity sector. 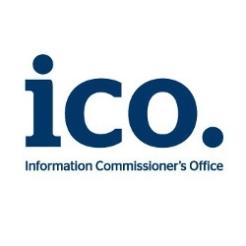 The ICO has updated to its direct marketing guidance to give it a stronger focus on the charity sector.

The update to the Privacy and Electronic Communications Regulations on Direct Marketing was published last Thursday and has a “greater focus on scenarios involving not-for-profit organisations” according to Steve Wood, head of policy delivery at the ICO.

Wood said that some charities have had “high-profile difficulties” in meeting the direct marketing guidance, which has meant that the update has been published with “more advice to this sector within the guidance, including specific examples”.

As part of the charity sub-section, the guidance said that “not-for-profit organisations need to be aware that the definition of direct marketing will cover any messages that contain marketing elements even if this is not the main purpose of the message” and also said that charities “must ensure that they screen against the Telephone Preference Service (TPS) when undertaking telephone campaigns”.

The update also includes more detail around third-party consent, which the guidance said is “central to the rules on direct marketing”. Organisations, including charities, will “need an individual’s consent before they can send marketing texts, emails or make calls to a number registered with the TPS”.

For consent to be valid it “must be freely given”, “specific to the type of marketing communication in question”, given by an “informed” person as well as being an “indication signifying agreement”, which the ICO define as being an expression of choice.

In a blog published on the same day as the updated guidance, Wood wrote that the ICO is seeking to move towards issuing its guidance as a “Code of Practice with specific statutory recognition, which would allow it to be considered by the court” although he said that this would require “legislative change” and a full consultation process.

Wood also said that the ICO was working on an update to its Privacy Notices Code, which deals with selling and buying data and standard wordings for organisations to use when collecting personal data for marketing purposes.