Dormant assets must not become a 'piggybank' for government, peer says 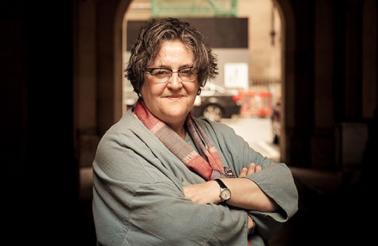 The dormant assets scheme must not become a “piggybank fund for government”, the House of Lords heard yesterday.

Liberal Democrat peer Baroness Barker raised the concern during debate of the Dormant Assets Bill, in reference to how funds from unclaimed assets could be used in the future.

The scheme currently uses unclaimed assets from bank and building society accounts. Under the proposed legislation this would be expanded to include other asset classes including insurance, pensions and securities.

As part of this legislation the government wants to change how funds are allocated in England, where funds must be spent on youth, financial inclusion and social investment. This means there will be a public consultation on how any new funds will be spent.

The bill was introduced in the House of Lords earlier this month and had its second reading yesterday. Generally peers supported the government's plans.

Barker criticised the government for not providing enough detail about the potential costs and impact of the expanded scheme.

She said: “The government have an obligation to bring this sort of detail to parliament, so that we can avoid the temptation to use this as a fallback or piggybank fund for government when times are tough.”

Barker said that ministers “really need to think” about the future use of funds.

Barker also called on the government to release more information about the impact of previous funding through the dormant assets scheme.

She said: “We are talking of billions of pounds, but the one thing missing in all that I have read on this is any estimate of the impact that this funding has had in communities, against the objectives set for it.

“It would be remiss of us to go ahead with this scheme if we do not even ask the question that would be asked of any little charity that applied for any funding: how is it going to demonstrate that it is making the difference that it says it will?”

The government has said that through the scheme around £880m will be available to the voluntary sector.

But yesterday former Labour Home Secretary Lord Blunkett said that analysis of the scheme’s potential, conducted during his time in government, had suggested much more money would be unlocked.

Blunkett said: “When we talked about this in 2004-05, we anticipated that as much as £8bn to £10bn and beyond would be accessible.

“That has not proved to be the case, but this legislation enables us to raise additional funds up to £1bn, as the minister described.

“However, as the Association of British Insurers points out in its briefing, in excess of £2bn could be available.”

Blunkett argued that some of the investment could go to community foundations, which are not currently included in the government’s plans.

Changing how funds will be used

Baroness Barran, minister for civil society, promised that “subject to the bill passing, we will launch a public consultation on the use of funds in England.

“The current restrictions of youth, financial inclusion and social investment will continue until any new arrangements come into force.”

She said the decision to try to widen access to the fund was based “multiple calls to change the current restrictions”.

An unexpected windfall: how will £2bn of dormant assets be used?