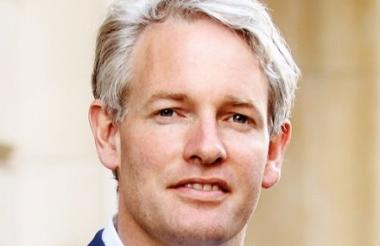 The government has not spoken enough about Covid-19’s impact on communities, according to Danny Kruger MP, who wrote last year’s civil society review.

Kruger, a close ally of Boris Johnson, admitted that he wished “more was coming out of the prime minister’s mouth” about the role of civil society during the pandemic, but acknowledged how many priorities Johnson was managing.

Kruger was speaking yesterday at the Stronger Things conference hosted by the think tank New Local, where he also said that ministers were aware of the risk that Treasury policies to fund some communities could end up making inequality worse.

'The narrative has been lacking'

Answering questions at the event, Kruger said that the government had “a massive agenda” to introduce more place-based policies, but had struggled to communicate that agenda.

He said: “I regret that I haven’t, frankly, been more successful in inspiring the narrative.”

Kruger added: “I feel personally, whether it is government ministers or the media, we did fixate so much both on restrictions – what you can’t do – and on what the impact of the pandemic was for individuals rather than communities.

“I think we didn’t articulate the real truth, and the extraordinary paradox of this disease, which is that it works through social contact.

“Beyond the appalling impact on individuals and of course families, its damage to communities is so real. I wish we had said more about how we should be thinking about supporting and restoring our communities.”

The government “did get behind” communities as they responded to the crisis, he said, but “the narrative, I feel, has been lacking”.

Kruger also said that he had not heard the government talk enough about the themes in his civil society review, which was commissioned by Boris Johnson.

He said: “I am heartened that government is taking them all [the report’s recommendations] seriously.

“I wish that this rhetoric, this narrative that we are articulating here, was coming out of the prime minister’s mouth. But he has got a big set of priorities and concerns and I think there is everything to play for.

“The more we can all push, cross-party and in my party, on this, the better.”

Kruger praised the chancellor, Rishi Sunak, as “an ally” in the communities agenda.

Earlier in the event, Kruger acknowledged that the major civil society funding pledges unveiled at the Budget “could go wrong”.

He said: “There is also direct public funding. The Levelling Up fund is important, the Community Ownership Fund, which has just been announced, the UK Shared Prosperity Fund.

“We all know that these funds could go wrong. They could consolidate the current broken model.

“But they really have the opportunity, and I know that ministers are alive to the importance of designing those funds in a way which supports this [place-based] agenda”

He added that public sector procurement reform was an opportunity to “create a better settlement in public services” but admitted: “I feel that we have slightly lost momentum a bit, with other things going on”.

His comments come after it emerged that the timetable for announcing details for the Shared Prosperity Fund had been delayed to the summer.

Kruger called on his fellow Conservatives to pay more attention to the political opportunities presented by the localism agenda.

He said: “There is no reason why my party should not be contesting for this ground. The left have every claim to it as well. Liberals do too. Nobody owns civil society.

“The right should not be abandoning this, and saying this is all some kind of lefty nonsense and we should just plough ahead with market-based reform.

“My party stands for trusting the people. And what the people want, all the evidence suggests, is communities that are liveable, that give a better sense of belonging and neighbourliness. That speaks to a deep tradition going back hundreds of years on the conservative side of politics.

“I want to fight for this.”

Information about post-Brexit government funding delayed until the summer