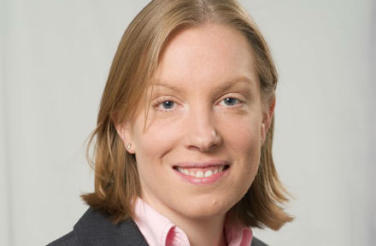 The Department for Digital, Culture, Media and Sport has opened a consultation on society lotteries and is suggesting increasing the amount that lotteries can raise for charity and the maximum they can hand out as prizes.

DCMS recommends raising the maximum society lotteries can raise from ticket sales from £10m to £100m per year, with the amount per draw increasing to £5m.

The consultation document says that this is “likely to increase the amount of money societies can raise for good causes”. It says the government is “not in a position to quantify this at present” but that the market is growing.

It added that additional administration costs have been incurred by lotteries which decided to split or create new lotteries to avoid hitting the limit. It also said it does not anticipate that its reforms will affect the National Lottery.

The government said this would enable charities to raise more money. Campaigners have been calling on the government to increase the amount that society lotteries can raise for good causes and the amount that they can give out as prizes. The individual draw limit was last increased in 2009.

Tracey Crouch, minister for civil society, said: “Society lotteries make a vital difference to communities up and down the country. They raise hundreds of millions of pounds every year, supporting our veterans, lifeboats, hospices, air ambulances and many other great causes.

“They are an important fundraising tool for charities and we want to ensure that both society lotteries and the National Lottery are able to thrive now and in the future.”

Daniel Fluskey, head of policy and external affairs at the Insitute of Fundraising, said the IoF is pleased by the proposals.

“The current system restricts how much charities can raise through the limits set," he said. "We look forward to discussing the proposals with our members and engaging with DCMS through this process.”

The announcement was praised by the People’s Postcode Lottery. Claire Govier, managing director of the organisation, said: “This proposal will help reduce administration costs and ensure millions more goes to local and national good causes. Ministers Matt Hancock and Tracey Crouch deserve praise for this move which will benefit local and national charities for years to come.”

But she also urged the government to go further and “be more ambitious” when it came to setting the draw limit to ensure that it is “future proofed”.

This process began in 2014 with a call for evidence by Department for Culture Media and Sport.

Evidence submitted by the Institute of Fundraising called for the limit to be raised from £10m to £100m, but NCVO said it thought there was not enough evidence to support such a rise.

NCVO instead suggested the limits should be increased in line with inflation to around £15m.

In 2015 the Culture, Media and Sport Committee published a report on society lotteries, which has fed in to the consultation document. It called for separate legislation for umbrella lotteries, such as the Health Lottery and People’s Postcode Lottery.

It also recommended greater transparency about how much from ticket sales goes to the end cause and greater flexibility for new lotteries to help with start-up costs.

The consultation closes on 7 September 2018. Details of how to respond are available online.