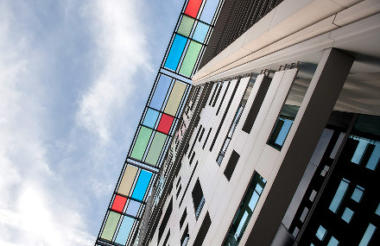 DCLG is headquartered in the Home Office building

The government has announced a strategy to tackle homelessness, which is says comes with £100m of funding attached and will end rough sleeping by 2027.

It is not clear how much charities will be able to apply for. The likelihood is that most will be earmarked for local councils and health services.

Nor is it all new money. James Brokenshire, the communities secretary, told BBC Radio 4 that half the £100m was already announced, and half being "reprioritised" from other budgets.

"Half of it is already being committed to homelessness and rough sleeping,” he told the BBC. “The other remaining half is money that is new to rough sleeping and homelessness, reflecting and recognising priorities."

The funding accompanies a new strategy which will focus on a three step process of prevention, intervention and recovery to try and reduce rough sleeping.

Homelessness charities have described it as “a significant step” but their leaders have warned that there is more to do.

Polly Neate, chief executive of Shelter, warned that the strategy needed to be accompanied by increased social housing.

“You can’t solve homelessness without homes,” she told the BBC today.