Telephone fundraising agency GoGen has announced plans to stop trading and close all four of its offices, with the loss of 485 jobs. 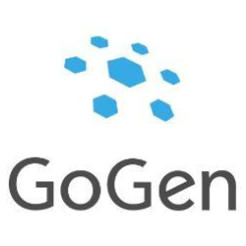 Telephone fundraising agency GoGen has announced plans to stop trading and close all four of its offices, with the loss of 485 jobs.

In a statement released by the organisation this afternoon, Giuseppe Iantosca, GoGen’s company director, said that the agency would enter “a formal insolvency process” in the early part of next week.

GoGen has been under intense pressure after a Daily Mail investigation alleged the agency put pressure on elderly and vulnerable people. A number of major charities suspended their relations with the agency as a result.

In his statement, Iantosca said that recent media scrutiny of the agency, and of the telephone fundraising profession as a whole, has made it “impossible” for GoGen to retain customers.

Despite this, Iantosca defended GoGen’s record of compliance with the IoF’s Codes of Fundraising Practice.

He also said the Information Commissioner's Office had closed a probe into the organisation.

“It is with great sadness that I can confirm that GoGen has ceased to trade," he said. "In the past 24 hours, we have had no choice but to make 485 employees redundant across our offices in London, Nottingham, Bedford and Bristol.

"We are urgently reviewing the options for the future of our business with financial advisors, but it is likely that GoGen will enter a formal insolvency process early next week.

“It is a tragedy that so many people have lost their jobs, and the directors would like to thank our fundraisers for their talent and commitment. They have helped to raise more than £80m for our charity clients in the past five years alone.

“It has been impossible for GoGen to cope with the reduction in business resulting from recent media coverage. Allegations of widespread abuses of fundraising guidelines and data protection rules are simply not true.

"Indeed, only yesterday the Information Commissioner’s Office confirmed that it had dropped its investigation against us as it was satisfied that, as a data processor, we were compliant - which we have always said was the case. We have never called individuals without the full support and permission of the charity in question”.

Iantosca also said that the fundraising industry needs to be “more responsible” in the way that it raises money then perhaps it has been and said that it is “vitally important” that charities “take more responsibility” for what happens in their name.

“We re-iterate that which has been repeated across the sector over the last few months. That now is the time for considered and measured change and a united front, with input not only from charities and industry bodies/regulators, but from the agencies that interact directly with the most important people in the third sector - each and every member of the public.

“Whether we knock on doors, stop people in the street, telephone or mail them, it needs to be done in a more responsible way, with clearer guidance, more support and less pressure. It is vitally important that charities and industry bodies take more responsibility for the fundraising that happens under their watch, including that by the agencies they instruct to carry out their work”.

Prior to its going into insolvency, GoGen was used by over 40 UK charities, including Oxfam, NSPCC, Macmillan Cancer Support and the British Red Cross.

GoGen was subject to an undercover investigation by The Daily Mail earlier in July, which claimed that telephone fundraisers at the agency were deliberately targeting the elderly and those suffering from dementia and were using loopholes to dodge Telephone Preference Service rules.

GoGen fiercely refuted the claims made in The Daily Mail article at the time, and said that legal action against the newspaper was being considered. Despite this, GoGen did suspend two members of staff in relation to the article, and agreed to an investigation by the FRSB.