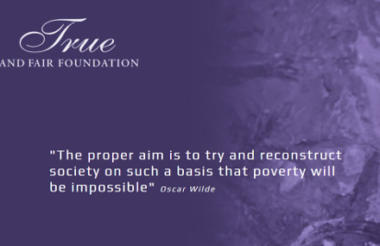 The True and Fair Foundation, a charity set up by Gina and Alan Miller in 2009, has ceased activity and plans to close because it has achieved its objectives.

Last week the foundation filed “cessation accounts” with Companies House and an application to strike the organisation from the register.

In the accounts, trustees said the charity had stopped operating last autumn.

“The foundation was intended to have a life of 10 years, at which time its purpose would be reviewed. It is felt that the charity has met its original objectives and therefore ceased operations on 30 September 2018,” it said.

Once a charitable company has completed the process of winding up with Companies House, it can apply to the Charity Commission to be removed from the register for charities.

The charity’s website has been inaccessible since last autumn.

Some £20,500 of its income was Gift Aid payments, £5,000 was a donation from trustees to cover running costs and the rest was from interest.

The charity spent £102,440, the majority of which was in grants to ten charities.

The True and Fair Foundation had come under regulatory scrutiny in recent years. It was issued with formal regulatory advice in 2016, and earlier this month the Charity Commission said it was “not clear” if the charity had complied.

Miller said that the Commission statement was “misleading” and that all issues had been resolved.

Earlier this month, she said: “The query the Charity Commission raised when we met was the fact that two of the three trustees were husband and wife, as they felt it could be deemed that there is a conflict of interest. Their guidance was that charities like ours with three trustees should consider the third being a corporate trustee, to ensure no conflict of interest/an imbalance in the decision making process.

“Whilst we do not experience conflicts of interest, we did think this was a practical and pragmatic suggestion.”

Miller has become a somewhat controversial figure in the charity sector.

In late 2015 and early 2016 the foundation published two reports which were critical of how many large charities operate. At the time, sector experts warned that the analysis was flawed and pleaded with Miller to rethink her approach.

The Telegraph was forced to print a substantial correction to its coverage of the first report.

Last November Miller gave an interview to the Financial Times to talk about her philanthropic work where she repeated her concerns about how large charities are run, claimed the sector had bullied her and called for the Charity Commission to be abolished. 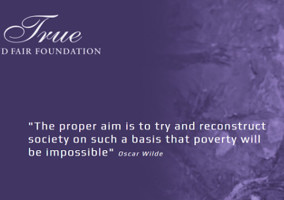 Why Gina Miller is still (mainly) wrong about charities

True and Fair foundation told to change its governance arrangements