Funding for domestic abuse awareness ‘almost impossible’ to get 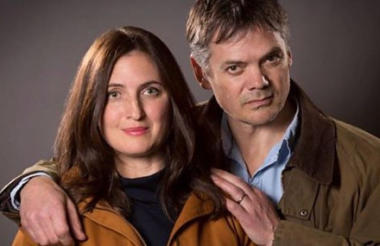 Helen and Rob, The Archers

It is ‘almost impossible’ to get funding for domestic abuse awareness raising, and there is no investment around unpicking its stigma, the chief executive of Women’s Aid said yesterday.

Polly Neate was speaking at a panel hosted by the umbrella body for women’s aid organisations at a fringe event at the Conservative Party Conference. She was joined by a panel of other charity figures to discuss the “toxic trio” – the combination of substance misuse, domestic abuse and mental health – which puts women and children in a vulnerable position. The session looks at whether this “toxic trio” was a “rhetoric or reality”.

She said that these means: “We are seeing the opposite of what early intervention needs, which is doors shutting in women’s faces and a label that makes women fear that if they come forwards that their children will be taken away. Make no mistake, that in itself is used as a tool by coercive control perpetrators. If you say anything, they will take the kids away. That is one of the main tools used by coercive control, alongside mental health issues and drug and alcohol issues.”

Neate said that with domestic abuse, as with mental health, awareness raising is important in itself.

She said that that is why Women’s Aid have been working for a such a long time with the BBC on the Archers on a voluntary basis, with the story line which showed the domestic abuse of character Helen by her husband Rob.

Neate said that the charity “put loads and loads of work into the programme in order to raise awareness of coercive control, because coercive control is quite complicated.

She said: “That awareness is critical in itself. But it is almost impossible in domestic abuse to get that work funded, so we have had someone working a lot of hours with the Archers, because it is worth doing and raising awareness is part of our mission. But it is almost impossible to get any funding for that awareness raising work. And it is an end in itself. It is just as important as service delivery.”

However, a campaign to raise money for the fictional character of Helen, started by a fan of the show, has led to more than £200,000 (including gift aid) being raised for domestic abuse charity Refuge - suggesting fundraising can come out of awareness raising.

The use of the term toxic trio was also discussed, with Neate saying that the term is the “labelling of a very complex set of issues” and often the correct term should be coercive control. She said that “labels like toxic trio make women suffering from abuse less likely to seek support from any agency at an earlier stage”.

Paul Farmer, chief executive of mental health charity Mind, said that sometimes you do have to use uncomfortable language to help tackle the stigma.

He said: “We know if we want to tackle the stigma we need to bring this out into a public debate, and yes that sometimes means using uncomfortable language, sometimes it means having to use the language that the wider public or your particular audience will be comfortable with. Which might now always be the language that we would be comfortable with. But it is worth doing, because it still isn’t a story that is properly being told. And it is crying out for that kind of approach."