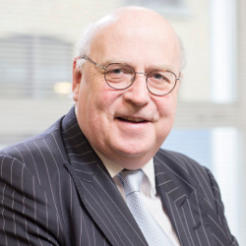 The review of fundraising regulation was commissioned by Rob Wilson, the minister for civil society, following concerns raised in the media about charities’ relationship with donors, and was led by Sir Stuart Etherington, chief executive of NCVO.

The review document, entitled Regulating Fundraising for the Future recommends creating “a more powerful body with the public interest at its heart, which can ensure that vulnerable people are protected”, to replace the existing regulatory bodies.

It says the new regulator should set the rules which govern fundraising regulation, and should have jurisdiction over all fundraisers, whether they sign up to it or not.

It says the new regulator should be funded by a levy, potentially on around 2,000 charities which spend more than £100,000 on fundraising, and would have a budget of between £2m and £2.5m. Contributions would still not be compulsory, however non-compliance would attract the attention of statutory regulators.

The review recommends the new regulator should have a wide range of powers to require organisations to stop certain types of fundraising, require individual fundraisers to undergo training, and refer charities to a statutory regulator.

It also recommends the new regulator should have "the ability to proactively investigate" an organisation, even if no complaint has been made.

In addition to the creation of a new regulator it recommends the creation of a Fundraising Preference Service, which would effectively act as a “reset button” to allow a donor to opt out of all charity communications.

A summit is expected to be held urgently to set up the new regulator. It says the regulator should be in existence within six months of today, and the FRSB should continue to regulate in the meantime.

The review says that “the new regulator should set its own standards for fundraising good practice. Currently, the FRSB adjudicates against standards set by fundraisers themselves via their trade body, the IoF. The panel believe this is an inappropriate arrangement which is not in the public interest and has damaged fundraising regulation.”

The review has not looked in detail at the content of the Code, but has said it expects the new regulator will undertake a thorough review.

The review says there is little appetite for state regulation, either from charities or the government, but there must be greater state support for regulation.

It also suggests the IoF and the Public Fundraising Association should merge as a single, professional Institute of Fundraising to focus on “promoting best practice through training and development”.

Current structure “has lost the confidence of the public”

Under the present structure charities are asked to voluntarily submit to regulation by the Fundraising Standards Board, which is funded through subscriptions by the charities which choose to follow the rules.

But the Code of Fundraising Practice – the set of rules charities must follow – is set by the Standards Committee of the Institute of Fundraising, the membership body for fundraisers. The FRSB has expressed concerns about its limited ability to influence the Code, and until recently, the committee has been made up exclusively of fundraisers.

The review is highly critical of existing regulatory arrangements.

“The current approach to self-regulation is no longer fit for purpose,” it says. “Self-regulation has lost the confidence of both fundraising organisations and the public.”

The review says that “the unnecessary complexity of the current system” was the single largest concern reported.

“Specific problems include a wasteful duplication of resources as well as confusing and frustratingly slow decision-making processes,” the review says.

The review says that the FRSB has been “inappropriately resourced”, both in terms of the level of funding and its sources.

“It is evident that its financial reliance on a membership model creates perverse incentives,” the review says.

The review is also critical of the scrutiny and support from trustees and executives of fundraising charities, and says there is “emphasis on the need for charities to take more responsibility internally for fundraising activities”.