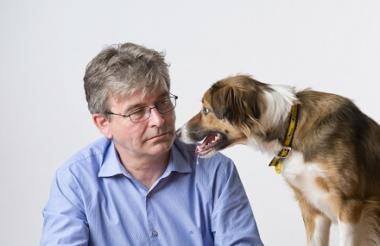 Dogs Trust has paid tribute to Adrian Burder, its "one-of-a-kind" chief executive, after his sudden death.

Burder, who has led the charity since November 2014, died on Wednesday following a short illness, at the age of 53. He is survived by his wife and two children.

Jim Monteith, the charity’s finance director, is now acting chief executive. He said: “It is with great sadness that we can confirm that our much loved CEO, Adrian Burder, has died unexpectedly following a short illness. Our thoughts are with his family at this most difficult time.

“Adrian was one of a kind - his passion for animal welfare changed the lives of millions of dogs in the 24 years he was at Dogs Trust.

“He will be terribly missed by staff, trustees and volunteers past and present and we are so grateful for his immeasurable contribution to making the world a better place for man’s best friend.

“We are all still letting this tragic news sink in. Adrian has been an integral part of our charity for so many years, as a hugely successful fundraiser and then as CEO since 2014. Adrian is Dogs Trust and we will continue our work in his memory.”

Burder joined National Canine Defence League as marketing director in 1994, during which time he was instrumental in the charity’s rebrand to Dogs Trust.

Since joining the charity, Burder has seen its annual income grow from just over £3m to more than £100m in 2017.

Burder’s work, alongside others, helped make microchipping mandatory. Prior to this legal requirement dogs would often become strays and end up at local pounds where they may have been put down unnecessarily.

He also played a big part in the success of the charity’s dog sponsorship idea, which revolutionised the charity’s fundraising and encouraged more people to leave legacies to the charity.

Before joining the charity, Burder’s early career included roles at the British Union for the Abolition of Vivisection, and at the TV licensing department of the Post Office.