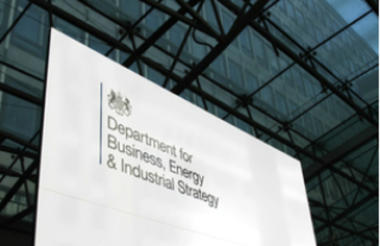 The Insolvency Service has handed down a nine-year ban on holding a directorship in a company to Christopher Stoddard, the former director of a string of failed fundraising agencies.

The Insolvency Service said it had disqualified Stoddard for “misleading the public and holding on to funds collected on behalf of charities”. Stoddard was previously the director of CS Fundraising Limited, which he incorporated in 2008.

According to the Insolvency Service, at its peak CS Fundraising was “sending out approximately 150,000 mail donation letters each month, on behalf of charities, for whom it acted as a direct marketing agency”.

CS Fundraising ceased trading in November 2014 and went into voluntary liquidation on 19 December of that year. This was the ninth company in which Stoddard “had held a significant role” that had gone insolvent.

After an investigation by the Insolvency Service, Stoddard admitted that CS Fundraising had solicited money from the general public, mislead the public in its solicitation statements contrary to charity laws, retained over £120,000 worth of public money and had failed to “act in the best interest” of CS Fundraising by “allowing a conflict of interest to arise which causes a separate company, which he controlled, to earn revenues” from renting out CS Fundraising mailing lists.

Stoddard’s ban was accepted by the secretary of state for business, energy and industrial strategy on 13 June. It prevents him from “directly or indirectly becoming involved, without the permission of the court, in the promotion, formation or management of a company or limited liability partnership, for nine and a half years”.

Martin Gitner, deputy head, insolvent investigations, part of the Insolvency Service, said: “Members of the public who donate their money to worthy causes need to be confident that all funds, less agreed costs, are forwarded by the professional fundraising companies employed by the charities.

“In this case, Mr Stoddard failed to fully adhere to legislation directly relevant to the business of his company, he failed to ensure that all due funds due to a charity were paid over and he failed to act in the best interests of the creditors of CS Fundraising Limited.

“Directors who engage in such conduct will be investigated and by the Insolvency Service and enforcement action taken to remove them from the market place.”