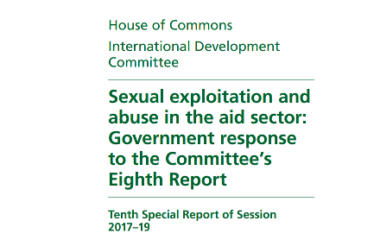 The government has partially challenged some of the International Development Committee's recommendations, in its response to the report into sexual abuse in the international development sector.

DFID has today published its response to the findings of the IDC’s report and, in doing so, has sought to shift much of the responsibility onto the the wider international development sector.

In its general points, the government said: “Aid must be delivered in a way which does no harm. For too long, the sector has failed to protect people from sexual exploitation and abuse and sexual harassment or hold perpetrators to account.”

It also said that since the Oxfam scandal broke in February, DFID has “taken an international lead to ensure that tackling this issue is, and will remain, a priority for the sector. DFID has driven work that focuses on four things: to prevent incidents of sexual exploitation, sexual abuse and sexual harassment from happening in the aid sector in the first place; to listen to those who are affected when it does occur; to respond robustly but sensitively; and to learn from every case.”

DFID also highlighted its international summit which it held with the international development sector in October, calling it a “pivotal moment to galvanise the whole sector and provide a framework to drive further progress”.

The letter does however say that “DFID recognises that it is important that we hold ourselves to at least as high a standard as we hold our partners. We have therefore conducted a rigorous assessment of our policies, systems and processes to make sure they provide the support needed to our staff, partners and beneficiaries.”

The letter also sets out detailed governmental responses to the 18 individual recommendations made by the committee in its report.

DFID’s letter shows that the government has “partially agreed” to 11 of the 18 points raised in the IDC report, while fully agreeing with the remaining seven recommendations.

Amongst the recommendations the government took slight umbrage with was conducting an audit of the accessibility to whistleblowing systems and protections for the people who use them.

The government’s letter said that it had been considering the idea of establishing an international aid ombudsman, and that the Dutch government had “facilitated an independent study into the matter” the findings of which were published on 17 October. It said this study came too soon for its summit, but DFID said it will “examine the study and consider the next steps”.

DFID argued that it shared the report recommendations with its NGO working group, who “did not feel that an audit of whistleblowing practices was necessary”. It said that it published “enhanced safeguarding due diligence” guidance at its summit, which made “explicit that there can be no reprisals for” whistleblowers.

The government also said that, ultimately, it was up to individual development organisations to ensure that they “integrate safeguarding in their core practice and budget for it accordingly”, but did say that, if it identified safeguarding risks “at a programme level” it would step in.

The full DFID response can be read here.

Pauline Latham, conservative MP for Mid Derbyshire and 'reply rapporteur' for the IDC, said that sexual abuse in the international development sector "cannot be resolved with quick fixes".

She said: "Sexual exploitation and abuse in the aid sector is a problem that cannot be resolved with quick fixes. In the International Development Committee’s report, published in July, we advocated for a high level of sustained leadership from DFID and the UK government in tackling this long-standing issue.

“We thank the government for its response to our report, which we are publishing today, and now the committee will assess whether the commitments that have been made - by both the UK government and other actors in the aid sector - are adequate for tackling the problem and will be implemented effectively. To that end, we are considering the government’s response carefully and have written to DFID today to ask some further questions arising from the reply. We will also be asking other relevant departments about the steps they are taking.

“The committee is intent on following progress in this area to ensure that, this time, the aid sector’s efforts to end this appalling problem do in fact lead to sustainable, meaningful change. We look forward to the government’s response to our questions.” 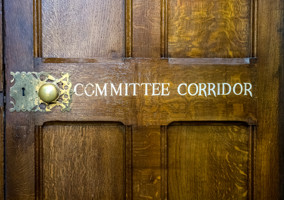 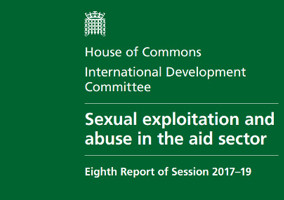 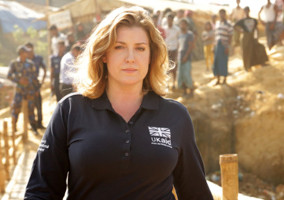