A £173m programme, International Citizen Service (ICS), mostly funded by the Department for International Development and run by VSO, has failed to meet diversity targets and does not "consistently demonstrate development impact", according to a National Audit Office report published today.

The programme launched in 2011 and was intended to offer young people the opportunity to volunteer overseas once they had completed the UK-based National Citizen Service. DfID has committed £173m up to 2019, when phase two of the programme is set to end.

DfID funds 90 per cent of the programme's cost, while volunteers raise the remaining 10 per cent.

VSO is responsible for managing the programme and for delivering 25 per cent of volunteer placements. It sub-contracts the remaining 75 per cent to seven organisations specialising in development activities.

The NAO report says that the ICS exceeded its target for attracting volunteers, however it missed some diversity targets and has not consistently demonstrated development impact.

NAO has made a number of recommendations for DfID to consider when developing the next phase of the overseas youth volunteering programme.

VSO and DfID have said they will take the report's findings into consideration when developing the next stages.

It criticises the nature of DfID's contract with charity VSO, saying that despite it being a payment by results mechanism, “the payments are not linked to the achievement of any of the outcomes that the department set for the programme”.

There are four payment milestones, targets which trigger funds from DfID when met, which the NAO has criticised for being largely focused on outputs rather than outcomes.

The report says: “No payment is made during the recruitment, assessment and selection, and pre-departure training stages. Planning of overseas placements, project design, arranging flights, visas and medicals also have to be completed before the first payment is made.

“While this structure could provide an incentive to consider applicants in an efficient and effective manner, it may also place a burden on the programme if it is too successful in attracting applicants. In turn, this might reduce the resources available to run other parts of the programme.

“Three consortium members told us they considered that the payment by output mechanism was flawed because it is linked solely to the UK volunteers’ journey.

“For example, the final payment is linked to UK volunteers completing the action at home part of the programme. Therefore, this gets prioritised over support for in-country completion of similar activities.”

The report appears to accuse DFID of being overeager to expand the ICS programme despite it having “not consistently demonstrated development impact”.

The report says DfID has not achieved its ambition for domestic ICS volunteers to be broadly representative of the UK population.

In addition, it says the population of volunteer applicants was actually more diverse than those accepted onto the programme.

“The department receives diversity data for participants and is aware of these differences.”

ICS has met participation targets and in 2016 there were 11 applicants for every place.

VSO said that while other schemes were cheaper its programme "offers a unique combination of responsible volunteering and delivering real change".

Philip Goodwin, chief executive at VSO, said: “We welcome the NAO’s report into ICS. It’s an opportunity for us to take a step back, see what works and how we can make a great programme even better. ICS is a life-changing experience for the young people who serve on it. It’s proved extremely popular and has attracted volunteers from across the UK, including many from less well-off backgrounds.

“Our volunteers have done amazing work and helped create lasting change. Some have prevented under-age girls getting married and helped to keep them in school, others have taught deaf children sign language and helped break down prejudice towards people with disabilities. 95 per cent of the communities we work in said our volunteers make a positive difference. British aid is changing lives.

“We’re always aware that delivering ICS well means spending money wisely. We watch every penny and the government says ICS offers value for money. Many commercially-run schemes may be cheaper, but ICS offers a unique combination of responsible volunteering and delivering real change for some of the world’s poorest people.”

A DfID spokesman said: "The NAO rightly highlights that the International Citizen Service programme provides a life changing opportunity for young people to help the world’s poorest, to fly the flag for Global Britain overseas and build their own skills, confidence and job prospects.

“DfID continuously reviews all of its programmes and ICS is no exception. As the current phase of the programme comes to an end and we consider options for the future, we will take into account all feedback.” 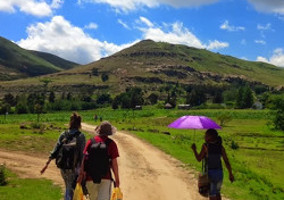 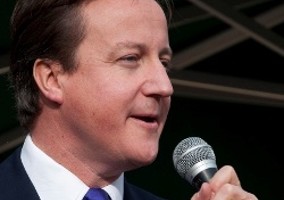