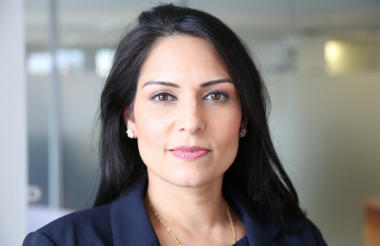 The Department for International Development has announced new funding, and a partnership with the Charity Commission, to support small and medium sized charities.

Development secretary Priti Patel made the announcement at Bond’s annual conference this morning where she was giving the opening keynote. She said the new DfID fund would be specifically for charities with an income under £250,000.

She said that smaller organisations’ contribution to international development was crucial

“I know that for the most part smaller organisations have not had enough of an opportunity to work with DfID,” she said.

“Britain’s small charities do amazing, often highly innovative work in some of the world’s poorest places. Often staffed by volunteers, their dedication to the most disadvantaged in the world is remarkable.

“Giving Britain’s small charities financial support will give a real boost to the excellent work they do. I will increase DFID’s support for these grassroots charities as I believe that smaller charities are a crucial part of the Great British offer on international development.”

The Small Charities Challenge fund will launch in the summer, and is the first time that DfID has launched a fund specifically for small charities. More details will be announced at a later date.

In its Civil Society Partnership Review last year the department indicated that it intended to focus more on working with smaller organisations.

The partnership with the Charity Commission will provide training to small and medium sized charities to help them manage overseas projects more effectively.

Patel said the commission will “work with organisations to build skills and capability” and that she hoped this would ultimately improve “public trust and confidence” in the sector.

William Shawcross, chair of the commission, said: “We are delighted to be working closely with DfID on this project. British charities have a proud history in the delivery of overseas aid and development in dangerous places.

“Helping small and medium sized charities deal with today’s huge risks is crucial. This work will be key in building capacity to ensure these charities can operate to the highest standards. We hope this new project with DfID will lead to even deeper co-operation between us.”

Civil Society News has requested more details about the partnership, including if any new funding has been made available to either DfID or the commission to support it.

‘We all need to speak with one voice’

Patel also told the audience that following Brexit the UK, and UK-based organisations still have a vital role in “global leadership” and in particular in improving resilience and capability in poorer countries.

Patel urged the sector to “speak with one voice” and used the analogy of all being behind a “big megaphone”, to describe how presenting a united front could help counter misconceptions about international aid spending.

She said this was important, as the rights of civil society organisations to speak up are increasingly “under attack”.

In response to a question from the audience about public perception she reiterated that “being united with one voice to explain what we do and why we do it” would help to tackle negative perceptions and that international aid charities should be “proud” of what they do. 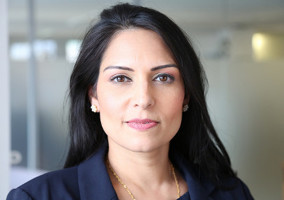