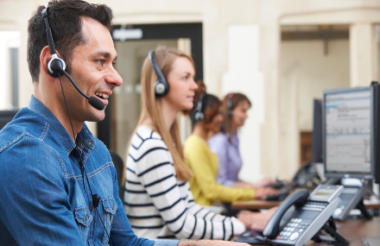 John Grain, director of fundraising consultancy John Grain Associates, told Civil Society News that the six month benchmark data from his organisation’s Secret Giver Scheme showed that “many data protection statements are still very generic so may potentially cause an issue in future when GDPR comes in if they wish to use a legitimate interest approach.”

He said this was because many “have not yet given any option for types of communications or channels but just used a catch-all statement”.

Grain also said his mystery shoppers had only seen “one explicit reference to being profiled in any of the data protection statements” issued by charities.

The report noted that there was “little consistency in the approaches to GDPR and data protection and many of the non-member organisations have not addressed this issue directly at all so far”.

‘A number of questionable compliance issues’

The data also highlighted what it called “a number of questionable compliance issues” in charity communications, including communications from “amongst some of the largest household charity names”.

He also said the scheme found “a number of opt-out statements sometimes being in a smaller font size than the texts specifying the donation amount”, which Grain said “contravenes section 6.6 of the Code of Practice for Direct Marketing”.

The Secret Giver Scheme was launched by John Grain Associates in April 2017 and has been tracking the “communications, interactions and activities” of over 40 charities including WWF, Oxfam, NSPCC, RSPB and Guide Dogs.

This is the first time data from the scheme has been benchmarked and released, to provide “insights from the first six months of activity”.

The scheme has so far reviewed 964 separate communications from participating charities which have stemmed from “over 150 donations of varying amounts by cheque, credit card (online and over the phone and SMS)” made by the organisation’s mystery shoppers.

Charities being tracked operate across a number of causes including: medical, animal welfare, overseas development, disability, religious/faith based, children and conservation.

The benchmarked data for the first six-months of the scheme show that participating charities across all causes favour email as their predominant channel of communicating with donors. 62 per cent of all communications were received via email, while direct mail was the next most popular channel with 27 per cent. Digital communications represented just 8 per cent, while phone/SMS was only 2 per cent.

The scheme found that nearly half of all communications received by its “secret givers” (49 per cent) were “about the impact of work, updates on programmes, or thanking supporters”. Meanwhile, specific fundraising asks accounted for less than a quarter (24 per cent), campaigning activities accounted 7 per cent and invitations to events were 4 per cent.

However, as with the communications, individual charities tended to vary in how often they contacted supporters. WWF for instance was found to contact donors on average every 5.46 days, Guide Dogs every 8.43 days and Oxfam every 9.25 days.

On average, charities such as Scope and NSPCC interacted with secret givers on average “every 30 days or more”.

'Ideal charity' would spend 42 per cent of income on campaigning, fundraising and 'running costs'