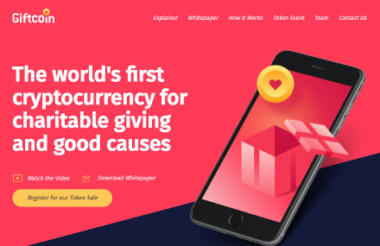 A cryptocurrency donation platform has postponed the public sale of its tokens, the process of investing, because of regulatory concerns and lack of confidence in the market.

Giftcoin said it is now seeking equity investment and is offering people who invested during the pre-sale period the opportunity to convert their token investment to an equity investment – owning a share of the company. Anyone who has invested in the public sale will get their money back.

The platform launched at the end of last year and claims that it will “revolutionise” charity giving by creating more trust between donors and charities as people will be able to track their donation all the way through its journey.

It has already signed up a number of charities to use the platform including English Heritage, and also signed a collaboration with Charity Checkout to make the platform available to its 2,000 registered charities.

The company plans to use blockchain technology – a method of recording transactions using a peer-to-peer network – to create a giving platform using a new cryptocurrency, also called Giftcoin, to donate to charity. Using “smart contracts”, Giftcoin plans to keep donors informed about how the charities they support are progressing and only unlock funds once certain requirements have been fulfilled.

In December, it said it had anticipated having a platform to test by this month, with a final product ready for use by September, but a statement on its website revealed it had been struggling to raise investment.

Giftcoin had hoped to raise between $2m and $10m to enable it to build the platform, but has not hit this target.

In an earlier statement, it said it had raised $1.25m from presale investors so far.

In the US, the Securities and Exchange Commission has indicated that some tokens launched via initial coin offerings (ICOs) could be considered as securities and would therefore fall under its purview.

Securities, in financial terms, are tradeable financial assets, but the legal definition varies according to different countries. In the UK they are regulated by the Financial Conduct Authority.

Giftcoin said that if its tokens were considered as a security, it would be an “unacceptable level of risk” as it could be prevented from being listed on “many popular trading exchanges”.

“For us to be ultimately prevented from listing on exchanges would be catastrophic to the long-term success of our project,” it said.

‘Lack of confidence in crypto’

The statement also said that a “general lack of confidence in the crypto market has made our public sale difficult”.

But said that some people had expressed an interest in investing in the company instead of in tokens.

“We have therefore taken the decision to postpone our ICO with immediate effect and press ahead with fundraising via an equity investment. We anticipate re-launching our token sale once our product is in market and we have clarity on regulations,” it said.

Giftcoin said it has contacted pre-sale investors, “who together contributed over $1m” to offer them the opportunity to convert their tokens into an equity investment.

“Many of these investors have agreed to convert their token investment to an equity investment and join us on the next phase of the journey,” the statement said.

It added that anyone who had invested in the public sale would have their funds “returned automatically via the smart contract”.

It launched the public token sale on 20 March and made the announcement that it was postponing it on 16 April. 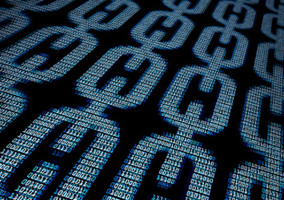 Kirsty Weakley: What charities need to know about blockchain (and what they don’t) 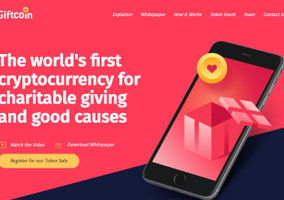