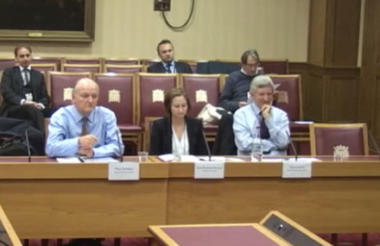 Commissioners and other funders are making it harder for charities to accurately measure how successful their projects are, the House of Lords Select Committee on Charities heard yesterday.

Dan Corry, chief executive of New Philanthropy Capital, Paul Streets, chief executive of Lloyds Bank Foundation and Genevieve Maitland Hudson, head of evaluation and impact assessment at Power to Change, were giving oral evidence to the committee on the subject of impact measurement.

Streets said that the current commissioning environment had “distorted the way that charities ought to be measuring impact” by making those charities that deliver contracts accountable to the commissioner.

He said that they should be primarily accountable to their beneficiaries and service users and that the "best organisations that we fund are very good at looking at those they serve and understanding what it is they want.”

He also highlighted that the shift from grants to contracts had led to larger charities receiving more government funding, and smaller charities less.

Corry told peers that: “A frustrating thing is to find that each funder wants a different set of metrics on a different time scale.”

He suggested that funders should “ask the charity how they measure impact”.

“If you think they’re doing it well use what they’re doing,” he said. “If not they might not be a charity you should be supporting.”

He also said that funders need to appreciate that measuring impact is complicated and said that some have come to NPC with all their data and “asked us to add it all up and tell us what it comes to” which is “completely crazy”.

Maitland Hudson added that: “There is a question about the different demands placed on charities by commissioners.” And said the sector needed a “trusted way of saying this is our impact, which is recognised by the sector as being reputable.”

“We don’t really have that yet,” she said.

‘Government sitting on tonnes of data’

Corry called on the government to do more to share its data with the sector.

He said that most in the charity sector now understand the value of impact measurement.

But “government is sitting on tonnes of data,” that it could make available to help charities demonstrate that their interventions worked.

He said that NPC had worked with the Ministry of Justice on the Justice Data Lab which “helps small charities follow people over time” and said there should be more of this.