A new report by a think tank set up to “foster social cohesion in relation to Muslims in Britain” accuses the Charity Commission of being biased against Muslim charities despite having no evidence that they are inhabited by extremists. 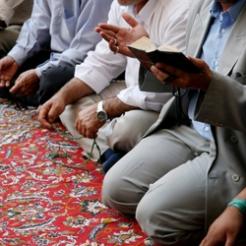 A new report by a think tank set up to “foster social cohesion in relation to Muslims in Britain” accuses the Charity Commission of being biased against Muslim charities despite having no evidence that they are inhabited by extremists.

The report by Claystone singles out the Commission’s chairman, William Shawcross, for particular criticism and says he ought to explain comments he made about Islam before his appointment to the chairmanship.

The report, titled Muslim charities: A suspect sector reveals that Muslim charities are the subject of 38 per cent of all disclosed statutory investigations initiated after 1 January and still ongoing at 23 April 2014.

It also states that soon after Shawcross joined the Commission, the regulator created a new issue code called ‘extremism and radicalisation’, and has labelled 55 charities with this code without their knowledge. There are no written criteria for applying or removing this label and so it “lends itself to non-evidenced- based targeting of particular groups”.

It went on: “When examined, the Commission’s processes for dealing with the issue of extremism are unsound and open to misuse.”

The report said that four Muslim charities contacted for the research voiced concerns over public statements that Shawcross had made before being appointed as Commission chair, including one where he said: “Europe and Islam is one of the greatest, most terrifying problems of our future. I think all European countries have vastly, very quickly growing Islamic populations.”

Despite a comment in 2009 by senior Commission investigator David Walker that “terrorist abuse is actually very rare in charities”, and the lack of any data to evidence Shawcross’ assertion that the terror threat is “growing”, the Commission’s direction extremism within charities has shifted significantly since Shawcross came on board, according to Claystone.

The study also scrutinised the new draft Protection of Charities Bill and concluded that its powers as currently proposed can be used on subjective grounds and so may be open to abuse.

Claystone’s report concludes with a number of recommendations. First, the Commission must present evidence to substantiate why it is disproportionately targeting Muslim charities.

Second, the process by which Shawcross was appointed as chairman should be reviewed, in particular whether his past comments were given due consideration.

Shawcross should clarify his comments about the threat to Europe from growing Muslim populations.

And the Charity Commission ought to look again at its policies on extremism, as Claystione warns that currently it appears able to crack down on abuse of charities for extremist purposes yet does not actually take a position on whether something constitutes extremism or not.

“The Commission’s policy document conflates non-violent extremism and what is clearly defined by law as illegal activity. Its documentation thus generates more confusion than clarity.”

And finally it recommended that the new draft bill must only confer new powers to be used for clearly defined offences, not just where something “appears” to the Commission that it might damage public trust in charities.

The Commission responded: “The Commission does not target Muslim, any other religion or type of charity. All our casework is prioritised and assessed for action against the risk framework, published on the website.  We are keen to remove the perception that this is not the case.

“A full analysis of the Commission's compliance work including investigative and monitoring work for the last financial year will be in this year's publication Tackling Abuse and Mismanagement.”