Commission to meet grantmaker to discuss its corporate trustees

The Charity Commission plans to meet the trustees of the Grace Trust, whose income has grown nearly seven-fold in five years, following enquiries raised about its unusual governance structure which involves two corporate trustees. 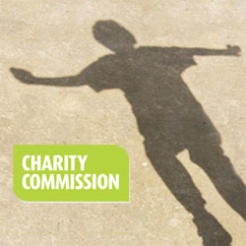 The Charity Commission plans to meet the trustees of the Grace Trust, whose income has grown nearly seven-fold in five years, following enquiries raised about its unusual governance structure which involves two corporate trustees.

A Charity Commission spokeswoman said: “Our concerns about the charity relate to the unusual corporate structure of the organisation whereby the charity has two corporate trustees. We are looking at whether this raises any issues in terms of the processes for decision-making within the charity.”

The practice of having corporate trustees has come under scrutiny in recent months following the case of the Cup Trust, which has one corporate trustee and has been accused of running a gift aid-based tax-avoidance scheme.

There is no suggestion that the Grace Trust has been accused of tax-avoidance or gift aid fraud.

The Grace Trust describes itself as a trust which makes grants in a number of areas including medicine, poverty relief, life preservation and education. Support to educational charities forms the largest part of its charitable activities.

The charity has two corporate trustees – Aller Brook Ltd and Scribefort Ltd, which are based at the same address in Devon. It has no other trustees nor any staff.

The bulk of its gross income - £60.7m – was from the turnover of its two trading subsidiaries: Onefocus EU Ltd and Technoa SAS. According to the latest accounts, Onefocus EU "provides business services to raise revenue for charitable purposes" while Technoa SAS is "registered in France and carries out wholesale activity".

The profit after tax for Onefocus EU Ltd, plus the donation it made by way of gift aid to the Grace Trust, totalled £11.8m. If a charity-owned company donates its parent charity an amount equal to its entire profit it can reduce its corporation tax liability to nil.

The charity is understood to be affiliated with the Exclusive Brethren, which provides general services to Brethren groups. There has been a long-running dispute over the Charity Commission’s refusal of charitable status for Preston Down Trust, a Plymouth Brethren congregation in Devon.

A spokesman for the Grace Trust said it had provided a written response to the Charity Commission, and that a meeting with the regulator had been postponed and is in the process of being rearranged.

The Commission declined to say who had contacted it with concerns about the Grace Trust.