Commission looking at ‘charity’ linked to firm under police investigation 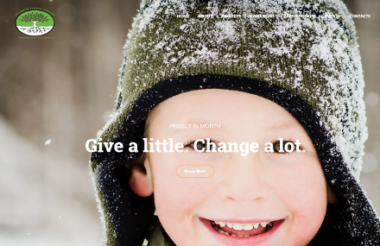 The Charity Commission has said it is investigating a complaint about an organisation calling itself as a charity and seeking donations from the public, which is connected to a virtual currency company currently being investigated by the City of London police.

As-Sabur Global registered with Companies House, but not the Charity Commission, earlier this year. Its articles of association describe it as a charity, but it has not applied to register as a charity.

It has launched a website giving details of projects to support victims of domestic violence, child trafficking, and provide shelter for vulnerable people and has published a promotional video on YouTube asking for donations.

In an online announcement about the partnership posted on a website, One Dream Team, which posts “official statements” on behalf of OneCoin, it said: “We suggest you take a look at this brilliant initiative by an Absolutely Genuine person” and urges readers to “donate, like, subscribe and share the video as 100 per cent of the monies raised from social media will be distributed by the charity”.

OneCoin was set up in Bulgaria and describes itself as “a digital currency, based on cryptography and created through a process called 'mining'”.

In September last year the Financial Conduct Authority issued a warning urging customers to be “wary of dealing with OneCoin”.

It said: “This firm is not authorised by us and we do not believe it is undertaking any activities that require our authorisation. However, we are concerned about the potential risks this firm poses to UK consumers.”