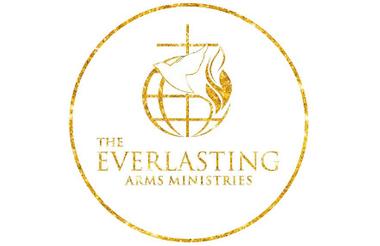 The Charity Commission has criticised Everlasting Arms Ministries after its statutory inquiry into the charity found that it spent thousands on business class travel and five-star hotels.

This occurred between 2016 and 2018 after the charity sold its main asset, a property in London, for £8m in a deal where the developer still permitted the charity to occupy the building.

Following the sale, the charity significantly increased its expenditure without adjusting its budget accordingly, the Commission ruled.

The Commission opened a compliance case into the charity in 2019 to investigate the charity’s financial management. The regulator uncovered significant payments to trustees and connected people and companies.

Following the findings, the regulator launched a statutory inquiry later that same year. It found there was “no long-term financial plan to sustain the charity’s spending” and that funds from the property sale were “significantly depleted”.

The regulator concluded the charity's poor financial management was evidence of mismanagement and misconduct in the charity’s administration.

The inquiry found that after the property sale the charity increased its expenditure without proper oversight or budgeting.

For example, in the financial years from 2016 to 2018, the charity spent over £450,000 on “international outreach” including business class travel, five-star hotels, and payments to partner organisations in China and India.

Due to poor record-keeping and financial controls, the trustees were unable to demonstrate that all its funds had been spent solely for charitable purposes.

When asked about this, the charity explained that a previous trustee board said in a 2016 meeting that travelling “can be cumbersome” so business class travel was recommended so directors and trustees can be comfortable.

The inquiry uncovered that individuals who were not trustees of the charity were also given business class travel. For example, a deputy senior pastor in 2016 was put on a flight to Ghana that cost £2,580 while the flight for an employee travelling economy class cost only £548.

Salary of the senior pastor rose by 61%

The inquiry also found that after the property disposal, senior employee salaries were significantly increased.

Staff justified these increases to the regulator by saying they were as being in response to the rising cost of living. However, the Commission ruled that the salaries of the senior and senior deputy pastor increased far more than in line with inflation.

Regulator is satisfied that trustees have improved the charity’s finances

The charity's trustees changed during the inquiry, and the Commission concluded that the previous trustee board was responsible for mismanagement and misconduct.

The former trustees failed to manage finances correctly, record charitable expenditure or accurately document the sale of property in its charity accounts.

In 2020, the regulator froze the charity's bank accounts. In 2021, it issued the new trustees with an action plan to improve Everlasting Arms Ministries, and the regulator is pleased with the new board's progress.

Amy Spiller, head of investigations at the Charity Commission said: “It is essential that charities have robust financial management in place so the public can trust that all of its funds are used in furtherance of charitable objectives. With The Everlasting Arms Ministries, a sudden increase in income highlighted failures by its then trustee board to have adequate policies and governance in place.

“In order to prevent further mismanagement, our inquiry had to intervene to freeze the charity’s bank accounts and issue an action plan. We are pleased that the current trustees have implemented the action plan and are committed to improving the charity’s financial management. We will continue to monitor their progress on this matter.”

Civil Society News contacted Everlasting Arms Ministries for a statement, but it has not yet received a response. 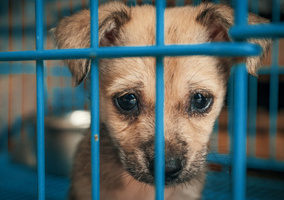