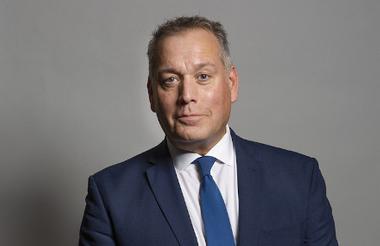 British Youth Music Theatre has suspended David Warburton as a trustee, after allegations emerged in the national media over the weekend.

The Conservative Party suspended Warburton from the parliamentary party while an investigation into allegations of sexual harassment takes place.

Warburton became a Conservative MP in 2015. He was previously a music teacher and has been involved with several arts charities.

Allegations about Warburton’s conduct appeared in the Sunday Times this weekend. The newspaper also reported that Warburton had taken cocaine.

Warburton is one of 14 trustees at British Youth Music Theatre.

On his website Warburton highlights several links to local and music charities.

“David is a fellow of the Royal Society of Arts, a trustee of Somerset’s Down’s syndrome support charity Ups and Downs and a trustee of national youth music charity Music for Youth. In June 2018, he joined the board of the National Youth Orchestra of Great Britain and was appointed chair of its development board and for twenty years has been an active member of Mensa,” his website says.

However, some of these appear to be out of date. The Charity Commission records him as being a trustee of just one organisation, British Youth Music Theatre.

In a statement the charity said: “In the light of current events we have followed the lead of the Conservative Party and suspended David Warburton as a trustee pending the result of the investigation.

“He hasn’t attended any of our events or shows in years.”

Warburton joined the board in 2017. His profile on the charity’s website no longer exists.

Companies House records suggest he resigned from the National Youth Orchestra in 2018 after just one year in the role.

Meanwhile, Charity Commission documents show Warburton resigned from Ups and Downs in 2017. He was a trustee for Music for Youth between 2017 and 2020.